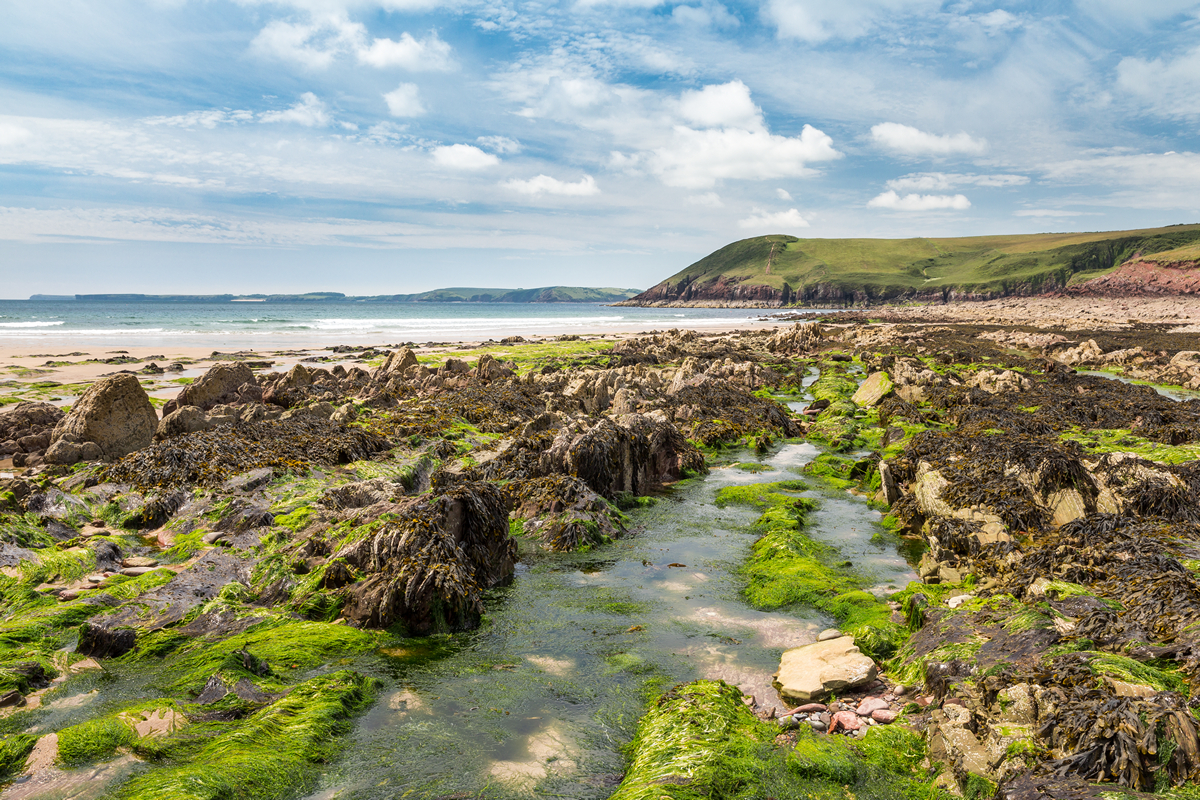 As the UKs only truly coastal National Park, this month’s article comes to you from the watery world of the Pembrokeshire Coast. The 420 kilometres of coastline is an incredibly rich and diverse habitat for plants, animals – and unfortunately litter! After the recent storms of Dudley, Eunice and Franklin there were some unusual sights. 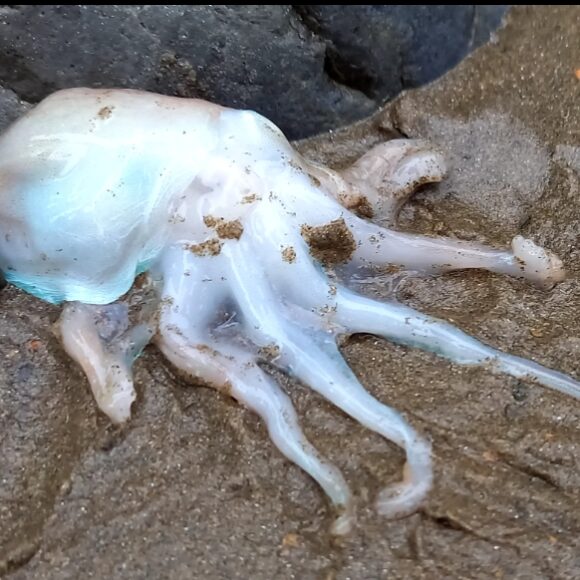 The common octopus (octopus vulgaris) is a mollusc. As its name suggests, it is common. It is found world wide – but not usually on the shoreline. Stormy seas with strong currents and big swells washed some of these creatures up on to the shoreline. Known to be extremely intelligent, an octopus can change colour to blend in with its surroundings – a brilliant trick to avoid predation.  It can also squirt out ink to disorient any potential attacker and dull their senses. They usually hunt at dusk, feasting on crabs, crayfish and other molluscs. The common octopus was the first invertebrate animal protected by the Animals (scientific procedures) Act 1986.

Check out ‘My Octopus Teacher’ on Netflix for an insight in to just how incredible these creatures are. 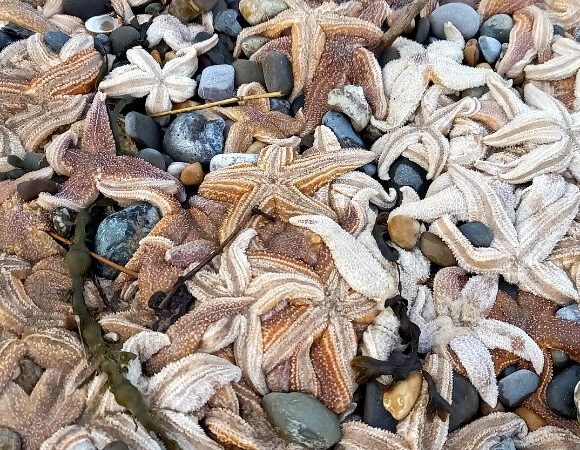 Again, as the name suggests, it is common! Common starfish (Asterias Rubens) are found all around the British coast.  However, after stormy seas they can be found washed up on beaches in huge numbers. They’ll also gather if there is a proliferation of food nearby. They feed on bivalves, such as mussels and clams, by breaking the shell open with their arm, inserting their own stomach into their prey, then sucking it all out! They do not have a brain, or blood, like other animals, and are able to regrow their arms. 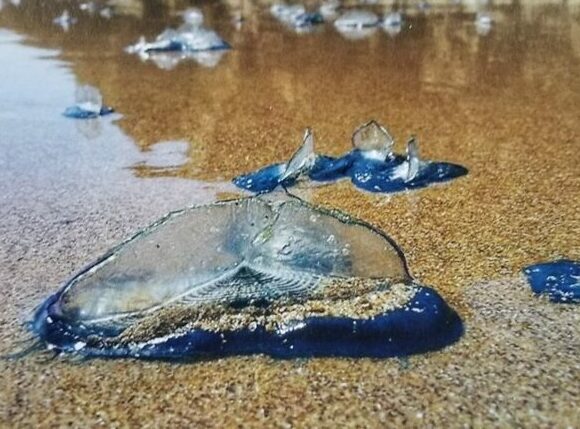 By-the-wind-sailor (Velella vellela) is a beautiful, strange creature and another good coastal find. At the mercy of the wind and waves, they can be found washed up along the shorelines between September and March. You are more likely to see them after stormy weather.  Although they look like a type of jellyfish and are sometimes mistaken for Portuguese Man O’ War, they are what is known as a ‘colonial hydroid’ and are made up of a colony of tiny individual animals. They consist of a blue-ish coloured oval disc, with a ‘sail’ sticking up and stretching diagonally across. The direction of the sail determines which way it will get blown by the wind. 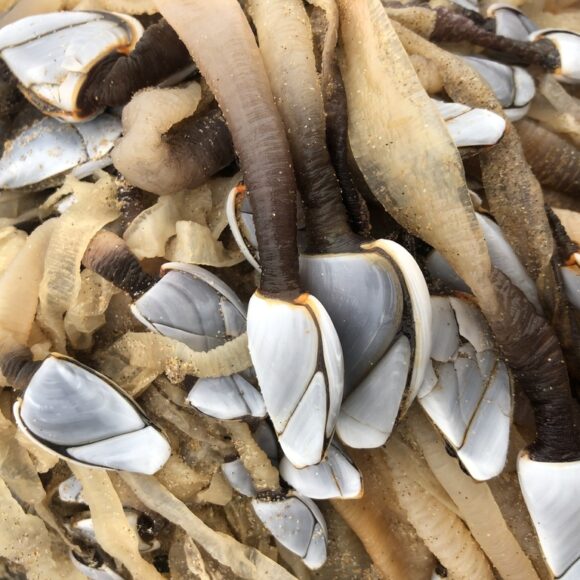 Goose barnacles (Lepas anatifera) are a type of arthropod found worldwide. They attach themselves to rocks, ships, driftwood and – unfortunately – litter, and are often seen washed up on the shores after big storms. Sometimes by looking closely at what they are attached to, you can hazard a guess at where they might have travelled from.  They are also known as gooseneck barnacles, as their long fleshy stem looks like a neck. In some parts of the world they are a delicacy and fetch very high prices.

A long time ago, people thought that barnacle geese hatched from goose barnacles – as the barnacle shell looks like a barnacle goose’s head. So they believed that geese must grow attached to ships and then emerge as feathered birds!

By recording your sightings you are helping scientists understand more about our natural world. Storm events are becoming more common as our climate changes. Sending in sightings after unusual weather events will help to track both the short term effects of severe weather events, but also the longer term trends due to climate change. you can join Look Wild and start logging your observations today, visit here for our step by step guide and to find out more.