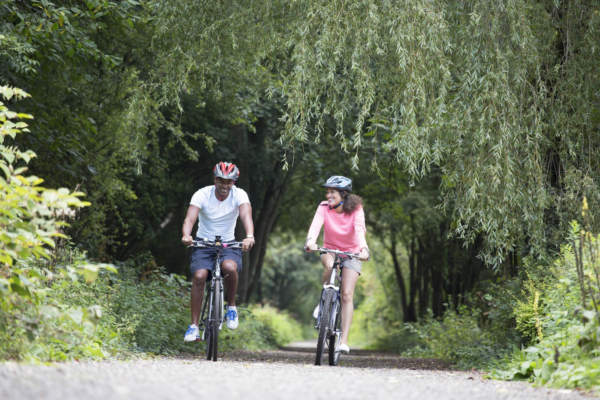 With over 3,300km of footpaths, bridleways and byways, there are more routes here than any other National Park, including wheelchair-friendly 'Miles without Stiles'. 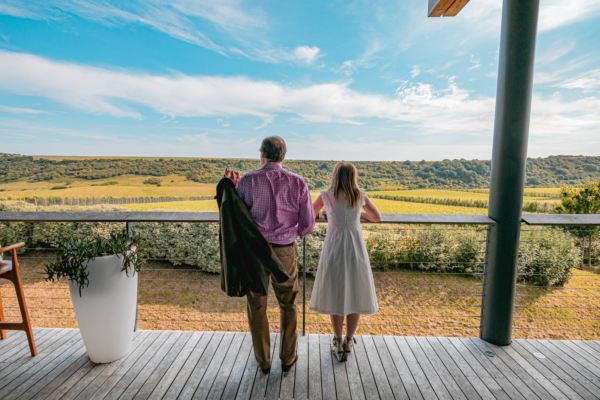 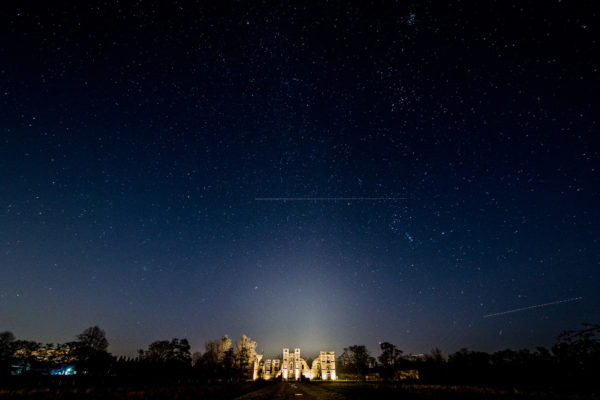 One of only 16 International Dark Skies Reserves, the South Downs is one of the best places to stargaze in the UK. 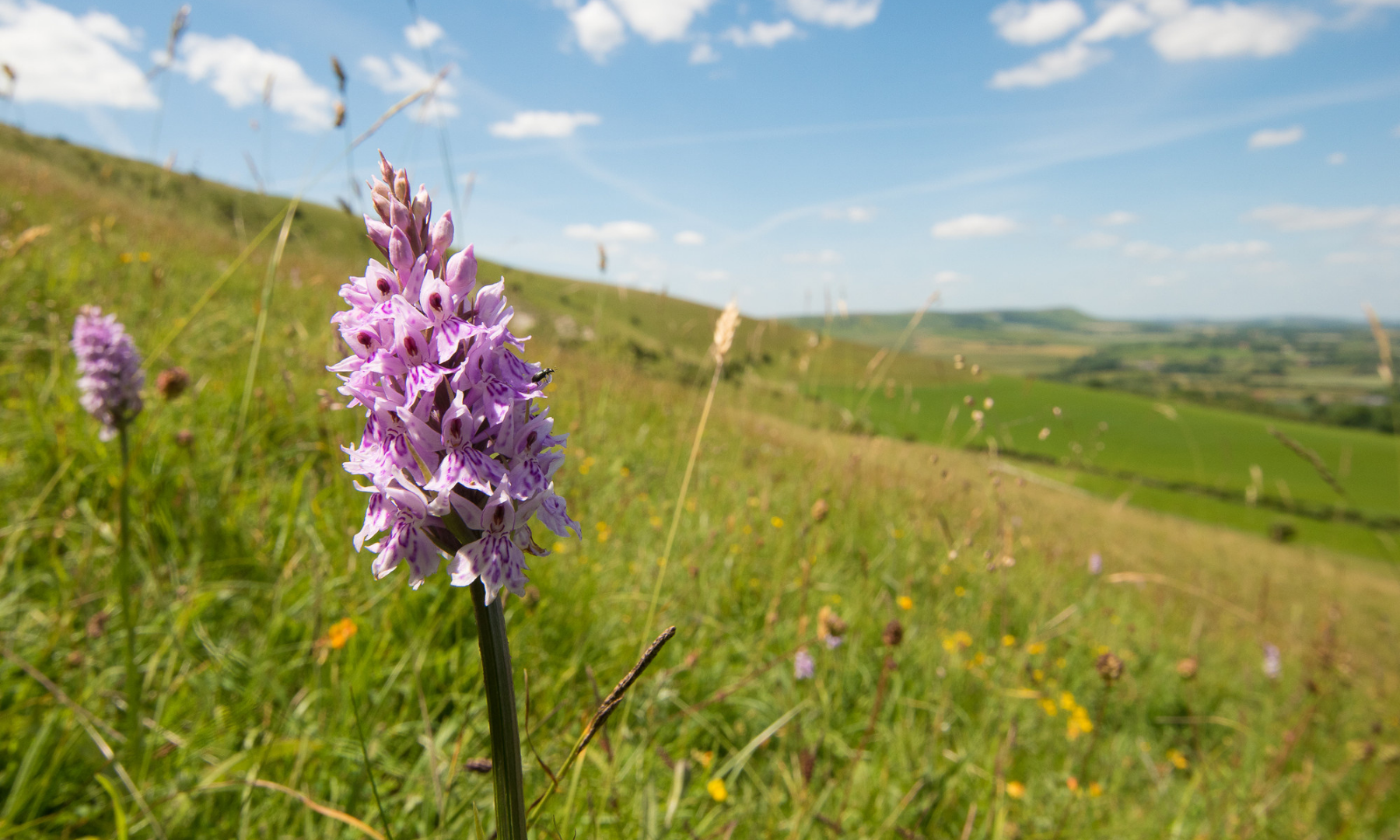 Britain's newest National Park, the South Downs officially came into being on 1 April 2010 after decades of campaigning.

Stop anywhere in the South Downs and it’s hard not to find an inspiring view.

There are stunning, panoramic views to the sea and across the Weald as you travel the 100-mile length of the South Downs Way from Winchester to Eastbourne, culminating in the impressive chalk cliffs at Seven Sisters. From near and far, the South Downs is an area of inspirational beauty that can lift the soul.

But the landscapes that can take your breath away are more than just scenery. They are living, working, ever-changing places shaped by humans over thousands of years and natural factors such as geology, landform, soils and biodiversity. Our landscapes also give us food, wildlife, clean water and access to the countryside in one of the busiest parts of the UK.

The grassy-topped wave of hills which give the park its name are truly magnificent, but there’s far more to the South Downs National Park than the South Downs. The park also includes the woodlands, hedgerows and lowland pastures of the western Weald and several beautiful rivers.

Within these diverse landscapes you can discover hidden villages, thriving market towns, farms both large and small, and historic estates, connected by a network of paths and lanes, many of which are ancient and have been trodden by humans for millenia.

Here are five things that make the South Downs National Park so special:

1 – Its famous chalk grassland, bejewelled with an array of colourful wildflowers, can have 30 different species of butterfly on the wing at any given time during the summer months. Often described as Europe’s “rainforest in miniature”, the chalk grassland is a truly unique habitat that requires careful management by farmers and conservationists.

2 – Neighbouring the sunny climes of the south coast, this is one of the most vibrant parts of the UK – a place where sun-kissed vineyards produce Britain’s best sparkling wine.

3 – Its lowland heaths are truly magical, transforming into a sea of pinks and purples every year. These delicate habitats are the last bastions of an ecosystem that once stretched across southern England and are now a vital haven for all 12 of Britain’s native reptile and amphibian species.

4 – People – this is the most populated National Park with over 117,000 people and 2.2m living within 10km. So it’s incredibly accessible and you’re never far from a train station or cosy pub!

5 – It’s a walkers’ paradise! Best known for the South Downs Way, this 160km (100 mile) route from Winchester to Eastbourne offers stunning panoramic views of coast and country. It’s part of a network of over 3,300km of public rights of way to explore for walkers of all fitness levels.

A mosaic of habitats

Wander through the South Downs and you will discover a rich mosaic of habitats, home to many rare and internationally important species. These habitats form a living network across the National Park, and provide us with many important ‘ecosystem services’ such as access and recreation, food, timber and pure clean water.

With over 1,000 nature conservation areas, it is teeming with internationally-important wildlife, including some of the rarest bird, mammal and insect life found anywhere in Europe.

On the iconic sheep-grazed downland you will find rare plants such as the round-headed rampion, many orchids, delicate butterflies such as the Adonis and Chalk Hill Blues, and a wealth of other wildlife.

Our farmland has more to it than at first may meet the eye – flower-rich meadows, arable land and hedgerows all provide important homes for rare and threatened plants and wildlife such as the grey partridge and beautiful corn marigold.

Around a quarter of the park is covered in trees, making this the most thickly-wooded National Park in England and Wales. Majestic ancient woodland is scattered throughout the National Park from the mysterious yew woodlands of Kingley Vale to the hangar woodlands of the steep slopes. These woodlands are home to specialist species such as the barbastelle bat and our native bluebell.

Although only currently covering 1 percent of the National Park, our heathland habitats are home to a whole array of distinctive plant and animal communities and heathland specialists such as the silver-studded blue butterfly. One of the largest heathland sites in the National Park is the internationally designated Woolmer Forest, the only site in the British Isles where all our native reptile and amphibian species are found.

The South Downs is also rich in river valleys which support wetland habitats and wildlife, for example, Pulborough Brooks is a great place for waterfowl. Many fish, amphibians and invertebrates thrive in the chalk streams such as the Meon and Itchen in Hampshire; elusive wild mammals such as otter and water vole may be spotted if you are lucky!

The chalk sea cliffs, shoreline and the Cuckmere Estuary along the Heritage Coast at the eastern end of the National Park host a wide range of coastal wildlife including breeding colonies of seabirds such as kittiwakes and fulmars. 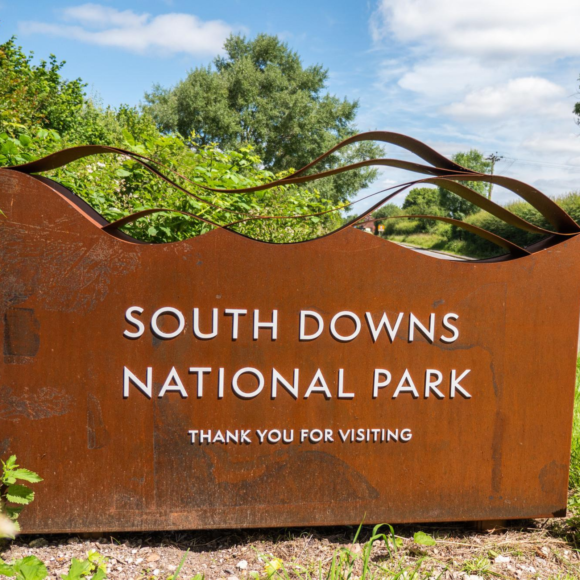 The South Downs National Park is easily accessible by all forms of transport. If visiting, we would love it if you could come by public transport. Not only will you be helping to conserve the landscape but, you can also relax and soak up the views. 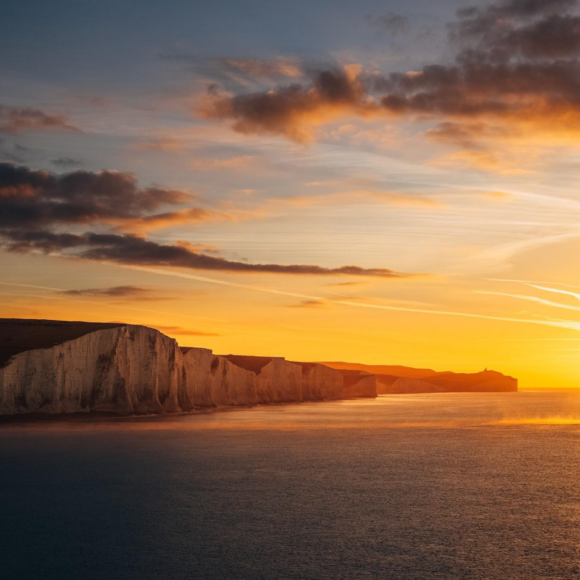 One of the iconic images of the South Downs National Park is the rippling wall of chalk stretching to the horizon at the Seven Sisters. These monolithic peaks and dips are the remnants of dry valleys, which are gradually being eroded by the sea. A walk along these cliffs is a must for any visitor. 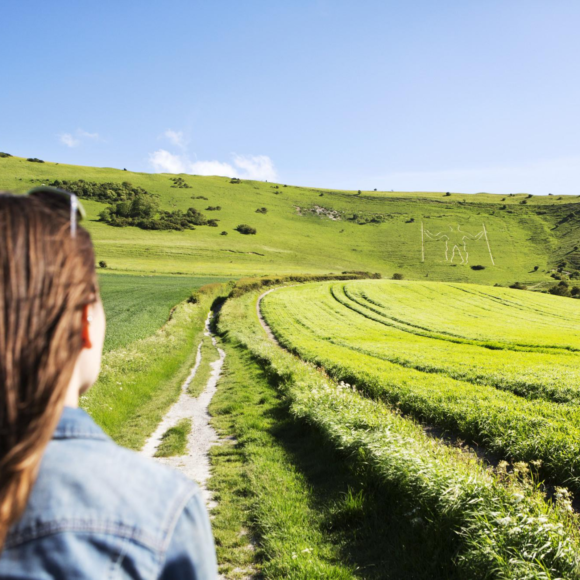 Take care while you're here

With millions of visitors every year, we want everyone to have a safe, positive experience. We ask all visitors to behave responsibly and to respect the Park. This is a Living Landscape home to people who live and work here, as well as livestock and wildlife, including rare species not found anywhere else.