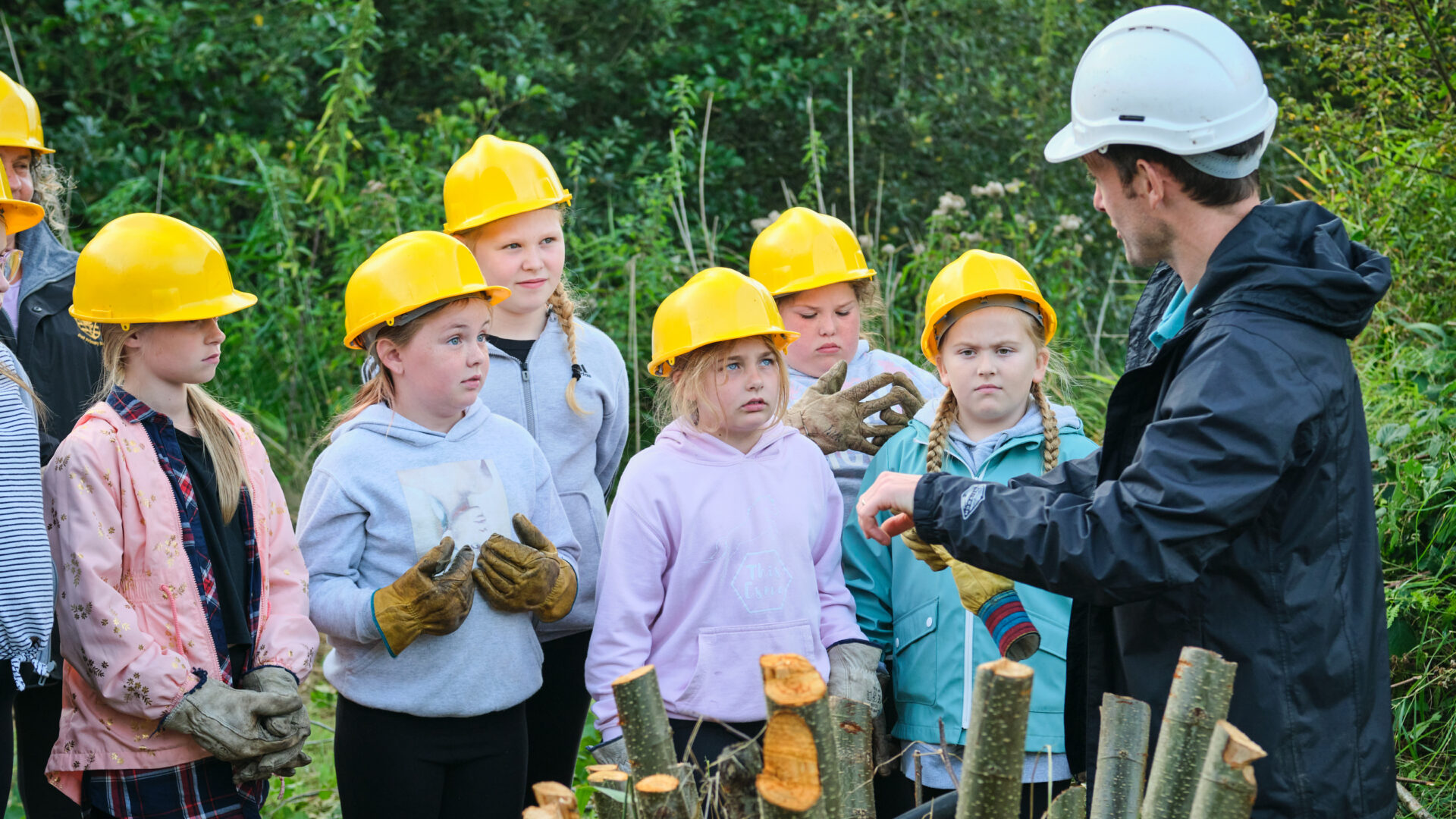 Find out more about Green Pathways
Scroll down

Green Shoots is one of the National Parks Green Pathways outreach projects. Working mainly through links to schools, our projects provide inspirational experiences for young people, and great resources for learning. Through the Green Shoots project, National Parks across Scotland, England and Wales are planting the seeds of ambition to work in the Green Economy.

It is no secret that accessing National Parks is far harder for some than others. That’s why the Green Pathways programme is much needed. Our Outdoor Learning teams work with young people who may not have experienced wild spaces themselves, helping them find ways to connect with nature. We reach out to those who work with young people too, who may also be less familiar with nature and landscape. You can share some of their experiences here. 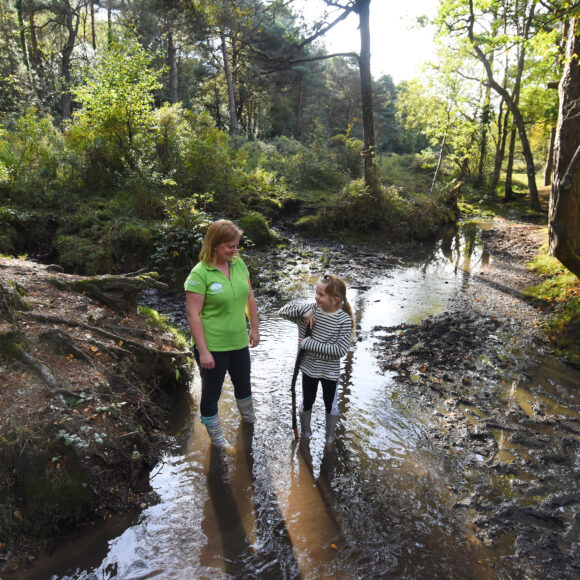 Claire Pearce is Wild Spaces Youth Officer at the New Forest National Park. Her brief is simple – to engage and encourage young people who might not otherwise visit, to learn how to access the outdoors, both in the National Park and closer to where they live.

‘We want to open up the benefits of the New Forest National Park to a wider audience, including people who may not have historically engaged with it, by giving them different opportunities to help that engagement,’ says Claire.

Since April 2020, as part of Generation Green, she’s been doing this in a number of ways, from running geocaching and photography sessions to build confidence; ‘Young people are usually very happy using tech,’ and devising courses of six, one-day sessions. There have been projects to connect participants to the green spaces where they live, and residential nights at YHA Burley. Financial issues, lack of outdoor knowledge, disability challenges and even culture can create barriers, says Claire. Her job is to become the bridge for more young people to get outdoors and it starts through working with schools and groups from the towns and cities circling the New Forest.

‘We take people aged 11-25 years on a variety of experiences to build their connection with nature,’ she says. ‘This is important because of the benefits it secures for the future, both directly to those who participate, and to society generally.’

Young people could be doing practical conservation on the New Forest’s unique heathland or attending a wellbeing walk, designed to help them notice the benefits of connecting to the outdoors, she says. ‘Basically, we are introducing different ways to connect with nature and spaces around the park.’

‘Thanks to this project they now know how and where to go to find their quiet space closer to home, so they can continue to enjoy these benefits in the future.’ 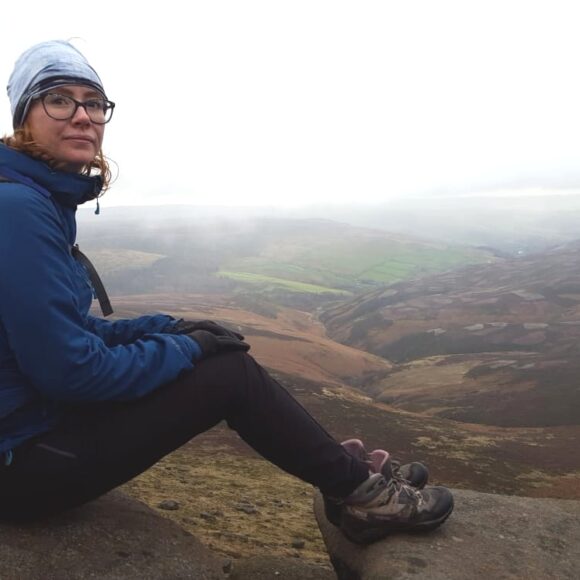 As Engagement Project Manager for the Peak District National Park, Jackie Wragg knows the value of getting schoolchildren involved in nature conservation. By using Generation Green volunteers to help with a project in Buxton, Derbyshire, she turbo-charged its impact and delivery.

‘We wanted young people to be able to look after a place they could easily walk to and initially planned for them to help elderly residents with their gardens,’ says Jackie. However, Covid intervened and the focus moved to a greenspace area in the district, which needed improvement. I worked with Fairfield Junior School to try and identify tree and animal species on the land and take some actions to conserve it and improve its diversity,’ she says.

The effect was transformative. ‘I remember one young girl turning around after sawing, looking really pleased and saying: “I feel really strong!”’ says Jackie. Participants instigated their own, in-school litter picking group and returned to the site the following spring.

One of the reasons for the project’s success, she says, is because volunteers trained by Generation Green helped the young people complete their tasks.

‘We wouldn’t have been able to do many of those practical things, like allowing Year 5 children to use loppers, if we hadn’t had their assistance,’ she says. ‘Although it was a South West Peak Landscape Partnership project, without the Peaks’ Generation Green volunteer support, it wouldn’t have been half as successful.’ 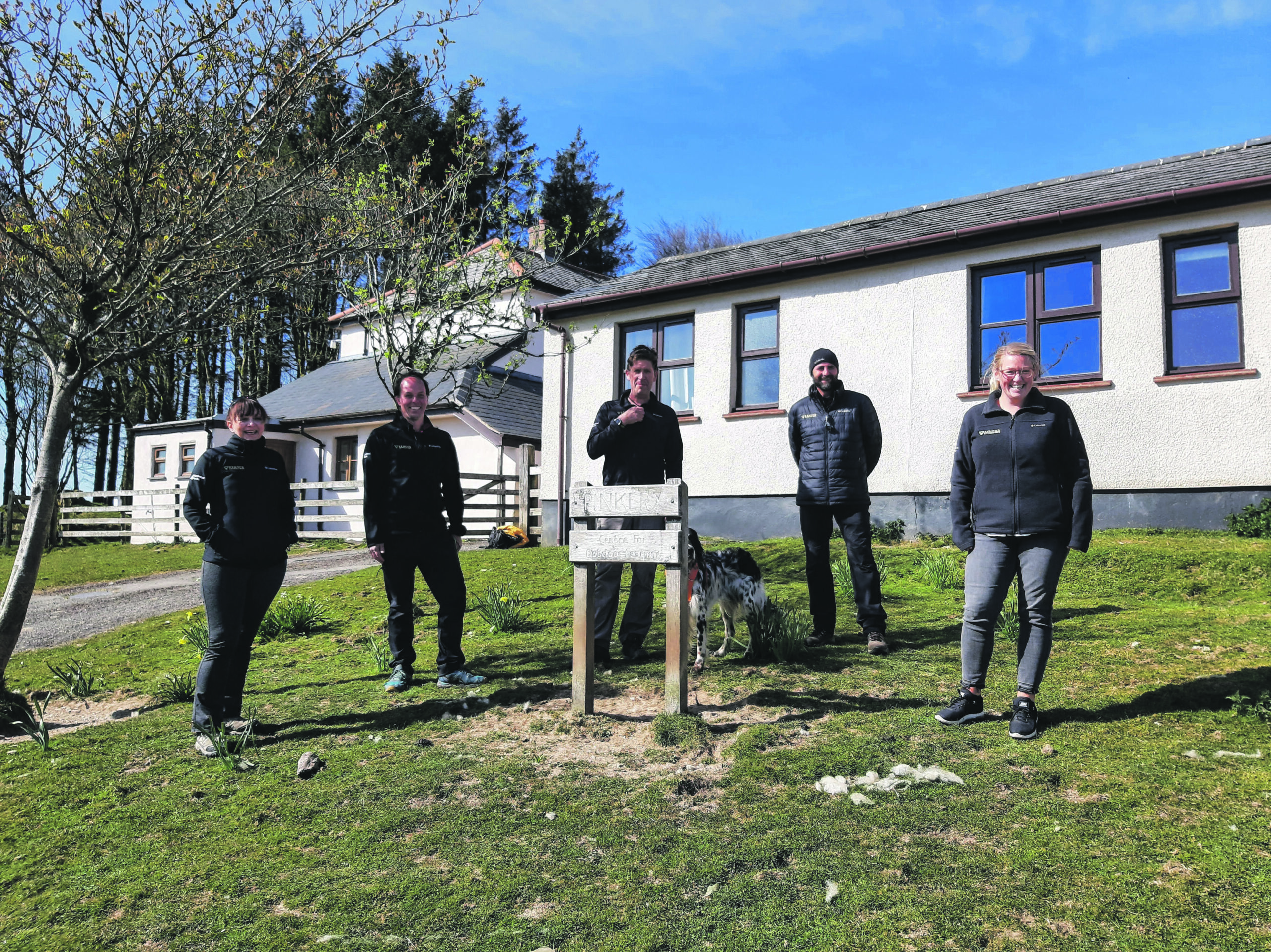 Ben Totterdell is Learning and Engagement Manager at Exmoor National Park. He’s always looking to help schools in his region embed outdoor education in their curriculum. For many, learning starts with Exmoor’s online learning resources which are used in schools as far away as South Africa.

‘There are learning opportunities for children in all the UK’s National Parks,’ says Ben. ‘The Exmoor Education team’s job is to help schools identify the amazing ways they can learn outside in our one.’

Some schools have a tradition of visiting Exmoor for outdoor learning but his team is aware that others don’t have that culture, or the teachers may not have the confidence to lead outdoor trips.

‘It can take a lot of work from our education team to make that contact and then build confidence with the teachers, governors and parents,’ he says.

His team’s strategy is to ensure they reach out to as diverse a number of schools as possible, and then remove as many potential barriers to visiting as they can. This could include assisting teachers to conduct risk-assessments, to helping with young people from diverse cultural backgrounds, and those who have had no connection with Exmoor or the countryside.

His message to teachers is simple: ‘Look at the website, contact the park and we can help you get going with visiting Exmoor. Wherever your school might be with its current level of outdoor learning, the National Parks are here to help you go further.’ 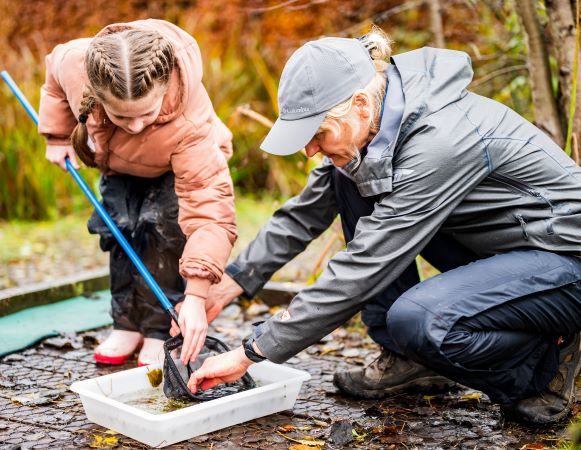 Ruth Suddaby is the Learning and Engagement Manager at Brockhole on Windermere, the Lake District National Park’s visitor centre. She is committed to ensuring as many children and young people as possible experience the joy of learning outdoors in this UNESCO World Heritage Site.

‘There’s loads of brilliant stuff you can do in a classroom but, in my opinion, it doesn’t replace the importance of getting out and physically learning in nature,’ says Ruth. ‘It’s an experience in itself.’

She works with schools and universities to bring young people outdoors, to learn directly in the natural environment.

Through project funding, she also helps primary schools in deprived areas from the North West to bring young people to the Lake District. ‘For many, their visit will be the first time they have ever been in a National Park.’

‘We can teach them simple navigation, what to take on a mountain walk and how to explore responsibly’ she says. ‘It helps bridge that gap between urban life and exploring somewhere more remote. As a young person it can be hard to get that kind of experience and information, if it isn’t your day to day environment.’

‘Last year, I was detailing the problems we faced as a park; people not knowing where they could go, the littering and what to do with rubbish, and I said how hard it can be to communicate these messages. One young man put up his hand and said “What you need is a social influencer!”. I thought it was brilliant and said that’s exactly what we need, people like him to influence for us.’

Her second joyful memory is of the day she led a group of primary school children into the park. ‘We’d shown them the lakes and the views and as we were walking down a path, one little chap looked around and said: “Wow! This is the best place I’ve ever been to.”  To be privileged to witness such sheer amazement is wonderful.’ 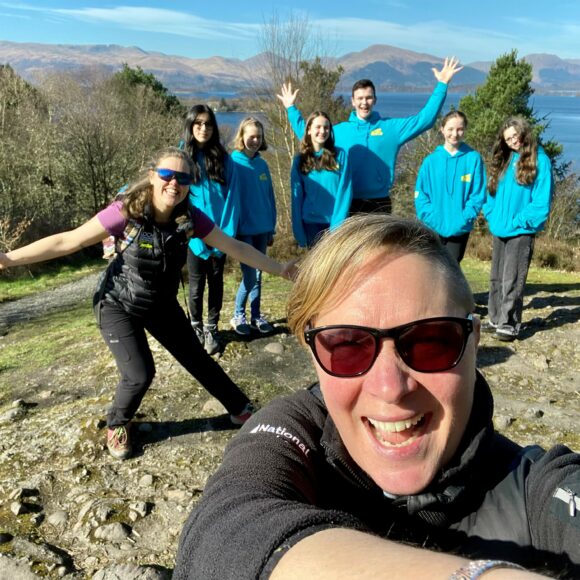 Ali Cush’s passion for bringing young people into the outdoor classroom is at the heart of her job as Education and Inclusion Adviser at Loch Lomond and Trossachs National Park. She explains how outdoor learning and nature connectedness improves young people’s academic outlook and broader outcomes.

‘The first thing teachers need to know about learning in and with the National Parks is that there’s strong support for the online resources – educators can be confident they are curriculum-linked for specific subjects,’ says Ali.

These resources represent case study examples across the Parks, she says. ‘Our recent KS2 project was about making sure the National Parks UK website has all the resources, so teachers can introduce the subject, knowing the work’s been done for them. This helps ensure the National Parks are a relevant learning resource for remote and distant learning, but are also a great way to introduce the Parks before a visit takes place.’

The real, tangible impact comes from experiences in person, outside in the National Park, being delivered by a ranger or an education team.

‘We know from young people themselves that they have better opportunity to give a really good answer to an exam question if they’ve had that outdoor learning experience, with a ranger or someone talking to them in the place they are writing about,’ says Ali.  ‘They can give answers with more breadth and depth because they can draw on the knowledge from their visit and field work sessions with us.’

Field work contextualises learning for many subjects, including geography and environmental studies. ‘Being in Loch Lomond and Trossachs National Park brings learning to life,’ she says. ‘It’s not just the information itself which is important, it’s the pedagogical approach to how it is being got across, that’s how it sinks in.’

Ali wants teachers and schools to know that her team stands ready to help eliminate barriers to visiting wherever they can. She’s always keen to ‘start the conversation’ with schools, to take the first steps to an outdoor visit.