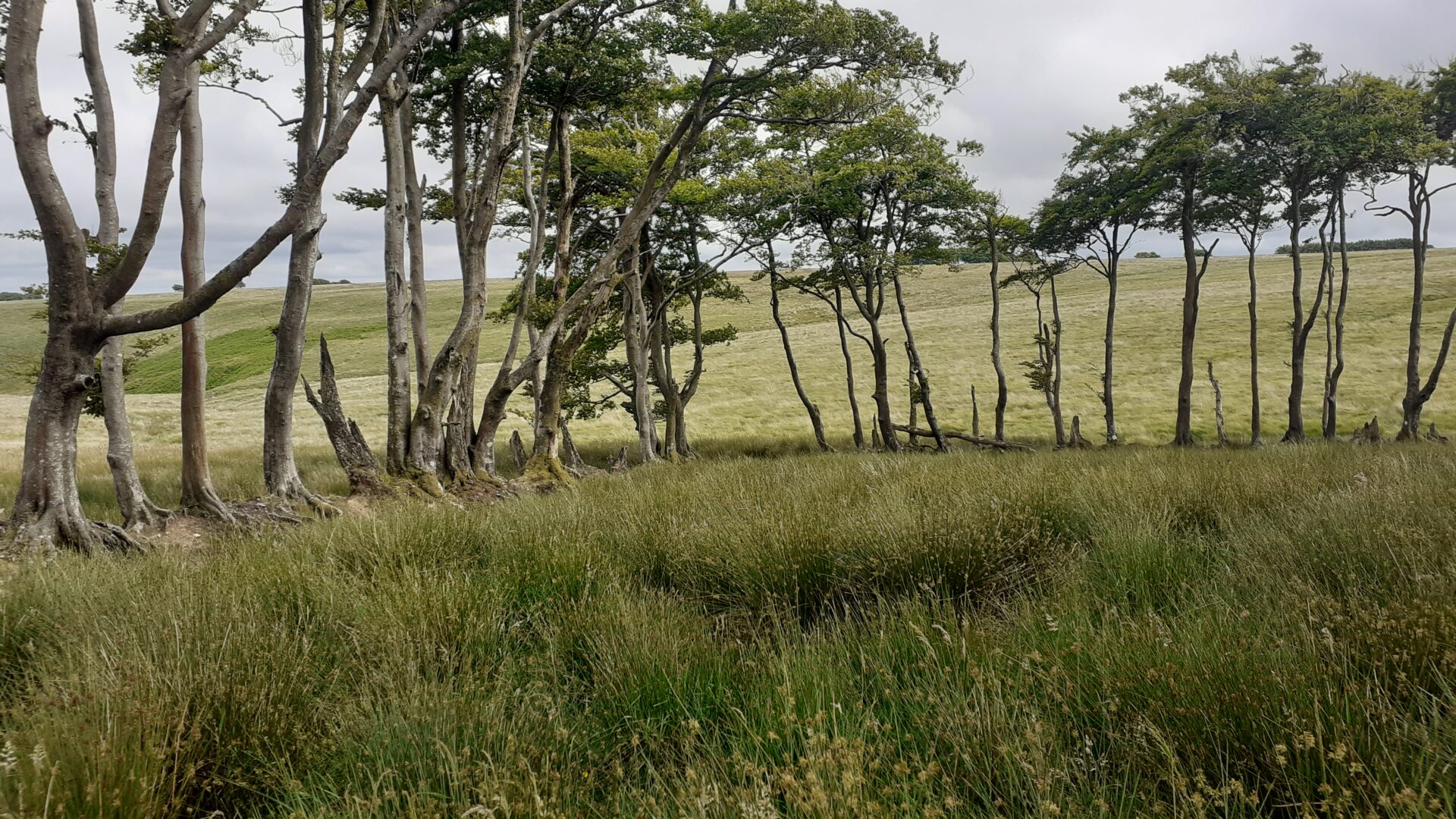 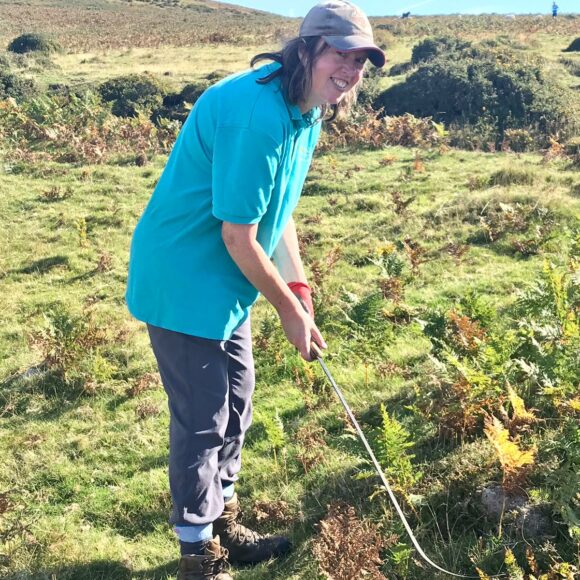 I worked for 16 years as a Planning Officer at Dartmoor National Park Authority. I retired in 2019, but I’ve continued working for the Authority as a casual Information Adviser in the National Park Visitor Centres. More recently, I’ve returned to planning to work in the administration team.

I love meeting the public and sharing my knowledge and love of Dartmoor. I recently completed my ‘British National Parks Peaks Challenge’ which involved walking to the highest points in all the National Parks in memory of a colleague and to raise money for Blood Cancer UK.

This summer, I decided to embark on my John Muir Explorer Award on Exmoor. As well as walking the section of the South West Coastal Path within Exmoor National Park in a westerly direction, I set out to discover and explore parts of Exmoor I didn’t know.

That said, Exmoor is fairly familiar to me because it was the closest National Park to my childhood home in North Somerset: my father lived in Simonsbath during World War Two when my grandmother taught at the school.  We visited the old schoolhouse often as a family and it was used as a field study centre so I also stayed there on a school trip.

This summer I set out to revisit and rediscover somewhere near Simonsbath I had not been for many years. When I was a kid, we used to walk to a place called The Stell.

In the 1860s when Frederic Knight brought shepherds to Exmoor from Scotland, the head shepherd Robert Little introduced sheepfolds to Exmoor as winter shelters to feed the sheep.

The Stell is one such sheepfold and is nestled at the head of one of the steep valleys which forms a tributary of the River Barle, east of Simonsbath. I had swum in the river earlier in the year and walking back up the main valley, mum and I rested at our favourite spot and spotted deer making light work of the steep slopes of this particular valley.  I decided then that I would take a walk to The Stell to reminisce.

The attraction of walking there all those years ago was that mum would go ahead and hide smarties in amongst the tree roots and if we found them before our dog, we got to eat them! Whenever I see or eat smarties, I think of those carefree times.

Although I walked on my own, I was never lonely. I had deer to keep my company including one which jumped out of a bog in front of me when I was balancing through a particularly challenging and smelly section I should really have avoided! I was envious of the nimble movements of the deer but relieved I had my walking poles and got to the dry ground on the other side without falling in.

After a steep climb and enjoying the sight of deer and some lovely bog plants, The Stell was very different to how I remembered it, with reeds dominating the enclosure. The trees were as gnarly as I remembered though.

In my mind’s eye I could see the dog with a look of satisfaction when he beat us to the smarties; dad leaning on his walking stick, smoking his pipe (a familiar olfactory backdrop to life); mum indulging us by pointing out the smarties we and the dog had missed and my little sister rushing to beat me to the smarties.

We lost Dad in 2020 to Alzheimer’s disease but he is omnipresent whenever I am in the vicinity of Simonsbath, as is the grandmother I never knew.