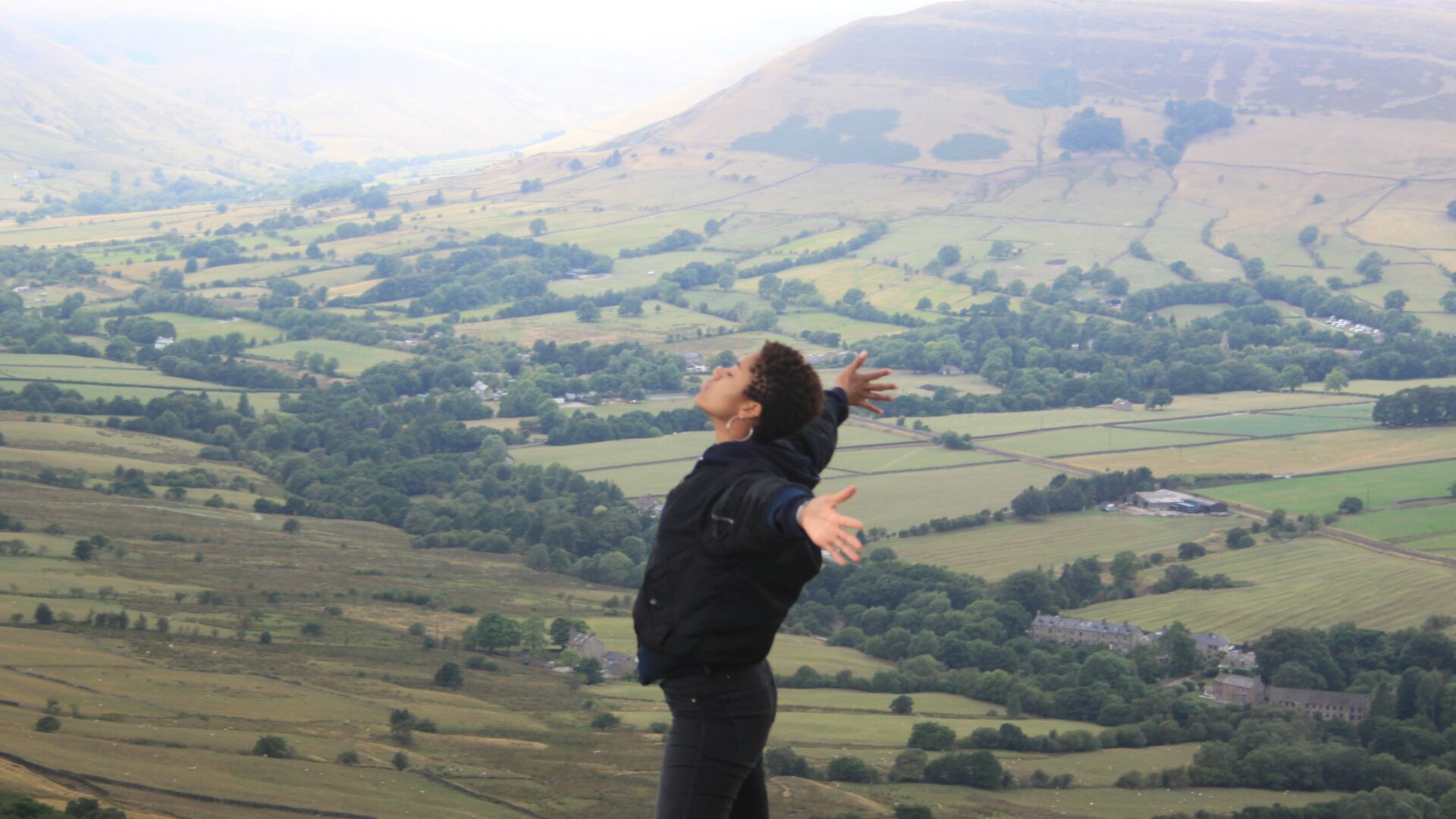 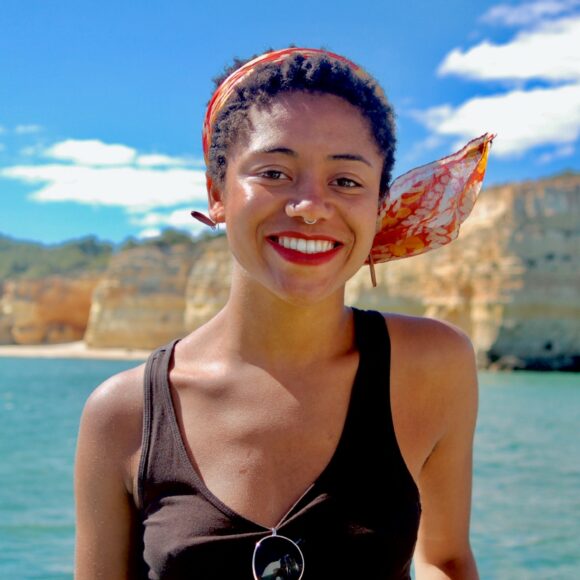 Very few engineers get the chance to invent something completely different. Annabel Ohene is one of them. She’s part of the team behind the geolights which will play a central role in Green Space Dark Skies – part of the pan-UK Unboxed festival of creativity taking place this Spring and Summer in AONBs and the National Parks. She explains how being outdoors inspires her creative process.

‘When you’re a child and you’re exploring the world or working things out, being outdoors in a natural environment definitely inspires your intuition,’ says Annabel, 24, who grew up near the Peak District. ‘It helps to be in a different environment when you want to figure how things come together.’

Together with her co-designer and a wider tech team, including lighting manufacturers CORE Lighting and light media experts Bluman Associates, she has worked to devise the geolights which will be carried by hundreds of volunteer participants – named ‘lumenators’ – in Green Space Dark Skies. Under direction they will use the geolights to create amazing patterns and images across the landscape at twilight, in rural locations, AONBs and National Parks.

‘The innovative devices bring a number of different technologies together, including geolocating capabilities’ says Annabel.

Her role on the project is predominantly technology but, she says, Green Space Dark Skies is about far more than that. ‘It’s about getting people to think about all kinds of things, such as the right to roam the landscape and the environment, or visiting new wild places. I think we are really enabling the lumenators to become a piece of art themselves, like a pixel in a bigger image. Without them there would be no display.’

Annabel’s love of science and technology manifested itself early on. ‘Maths was my favourite subject at school and I was lucky in that quite a few of my family members were engineers, so I knew what an engineer did and could talk to them about it.’

After being handed a flyer for a university bursary from the Siemens technology company, with a job offer at the end, she applied to do engineering at the University of Bristol.  After graduating she began working at the company and, as part of its Corporate Responsibility commitment, was asked if she’d like to work on the technology side of Green Space Dark Skies, whose technical partner is Siemens.

‘We’ve been involved with the project from day one,’ says Annabel. During the trickiest times, when she needed to think carefully about aspects of the technology, she would find inspiration and the headspace to solve problems in the outdoors.

‘At uni I would spend days in the library during exam season but take regular breaks for a walk round the gardens, to let my thoughts consolidate in my mind,’ she says.

Her outdoor life began in the garden of her family home in Dronfield, north east Derbyshire, near the Peak District National Park. ‘I have really happy early memories of being outside, making dens under our slide in the garden, that sort of thing,’ she says.

As she got older, she went camping with the Girl Guides and enjoyed walking. Now she gets into nature as often as possible, and, as a keen cyclist, rides as much as she can. ‘I found it really good for my mental wellbeing, especially during lockdown,’ she says.

In recent years she’s explored more of the outdoors, including Loch Lomond, and has climbed Ben Lomond and visited Lake Bohinj, the largest permanent lake in Slovenia, an experience she describes as ‘bliss’.

In the meantime, she is looking forward to seeing the fruits of her and her co-creators’ work in action at Green Space, Dark Skies. ‘When I saw lumenators holding the geolights for the first time it made it very real and yes, I did feel proud,’ she admits. ‘I like to see what we’ve done as enablement technology – enabling people to become art.’

Find out more about Green Space Dark Skies and events