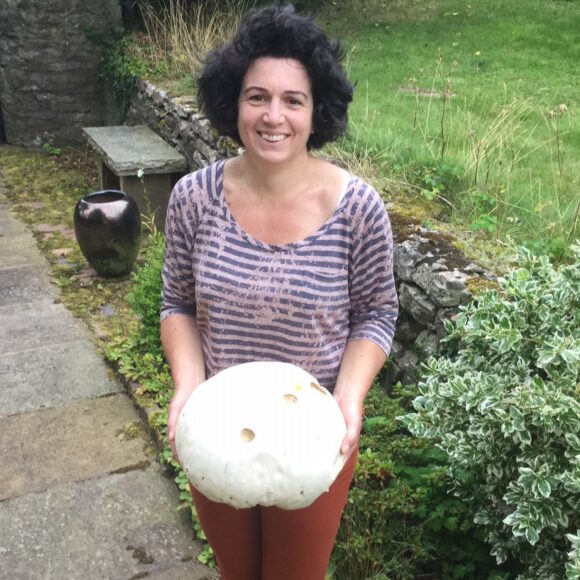 I grew up in Somerset, near the Mendip Hills, incredibly fortunate to be raised by parents who were keen on the outdoors. Most weekends involved a long dog-walk, and being enlightened on wild flowers and mycology. Holidays were spent as a family exploring Exmoor, Dartmoor, New Forest, Brecon Beacons, Snowdonia, Peak District and the Yorkshire Dales.

I walked the Coast-to-Coast solo 20 years ago, and ever the adventurous spirit, have undertaken expeditions to Zimbabwe, Chile & Oman with Raleigh International.

I moved to the Lake District in 2008 to realise my ambition of spending every weekend in the fells. Prior to the move I had spent multiple weekends over three years lying on a fell, pretending to be ill/injured for Mountain Rescue Search Dogs.

Since landing in the Lake District, I’ve had a variety of roles in a variety of organisations, and feel especially fortunate to have explored Cumbria in a number of different guises. I was in Kendal Mountain Rescue for five years, I managed Fell Foot Park, I became an Emergency Medical Technician with North West Ambulance Service, covering the North of the County, and then sampled Private Water supplies across the whole of South Cumbria.

I joined the Lake District National Park Authority (LDNPA) in August 2021 on a Maternity Cover contract as an Area Ranger, covering the SE of the Park. My role is varied and stretching too at times, and I am fortunate to be surrounded by some really experienced and helpful colleagues. My greatest delight has been contributing to the delivery of the Lake District National Park Authority’s 50th Miles without Stiles route at Orrest Head.

The best bits of my job, without a shadow of a doubt, has been talking to people who have made it to the summit of Orrest Head. Either for the very first time, or for the first time in many years. It’s the accessibility side of the project, enabling people to access a location to which they were previously inhibited from visiting that has been genuinely soul-enriching in a way that few of my previous roles have even got close to. I can’t take any credit for the delivery of the infrastructure on the ground (as this was led by the person I am covering for, the wider Ranger team and a fantastically supportive landowner), however it’s under my wing for a year and I’ve been thoroughly immersed in submitting a grant claim, responding to Storm Arwen damage, and seeing through all of our associated commitments.

For many visitors to the Lake District, Orrest Head is an introduction to both hill walking and the Lakeland landscape. The stunning panoramic view has been popular with visitors arriving by steam train from 1847 (when Windermere Station first opened), and was specifically mentioned in guidebooks, such as “The English Lake District” by Harriet Martineau, from as early as 1885.

Alfred Wainwright made his first visit to the Lakes by train, and as the start of the route is almost adjacent to the station, ascended Orrest Head as his first fell!

“Those few hours cast a spell that changed my life” – Alfred Wainwright.

It kindled Alfred Wainwright’s love with the Lake District and set him on the journey to writing his Pictorial Guides to the Lakeland Fells; guidebooks which have inspired and influenced generations of walkers.

Whilst its popularity has endured over many years, the uppermost section of Victorian carriageway that had previously conveyed passengers via horse-and-trap to near the summit had been lost over the years and reclaimed by vegetation. The route that remained available to visitors involved a small iron kissing gate and a long flight of uneven steps. It made the route tricky to anyone who had a child in a papoose, and was inaccessible for those with a pushchair or on a motorised wheelchair.

The summit area also suffered from waterlogging and turned into a sea of mud for several months a year from the many feet that visited. When the upper-most section of the carriage drive was reinstated and the route improved with an all-weather surface, there was an opportunity to improve the summit area and install bespoke, custom made benches designed and crafted by local metalwork team CB Arts that could be utilised by a wide range of visitors.

The project was supported by a whole host of local organisations and businesses, and especially the landowners of Orrest Head – Windermere and Bowness Town Council, who were gifted Elleray Woods and Orrest Head by the widow and daughter of Arthur Henry Heywood in 1902 as a public asset. Financial support came from many benefactors who were keen to see the project realise its goals, and generous support was secured from The European Agricultural Fund for Rural Development.

The project is an enormous success, welcomed by visitors and local residents alike. The accessible route has transformed the lives of some people living close by – with a number of them now utilising the route on a weekly basis. The feedback from families with pushchairs, those who favour the gentler incline than the flight of steps, and from those who were physically inhibited from reaching the summit are enjoying the space as the family of Arthur Henry Heywood had intended.  A much cherish stone bench, owned by the Heywoods and with a long story of its own remains on the summit. On the bench is inscribed the words of John Keble

“Thou who hast given me eyes to see

And love this sight so fair,

Give me a heart to find out thee,

It is truly a beautiful place to take in the spectacular views of the National Park and its wider environs. It is an enriching experience to behold the views, and the enablement of the project in making it accessible to many more people is a fitting celebration to achieving the milestone of becoming the 50th MWS route, and one I am thrilled to be involved in.