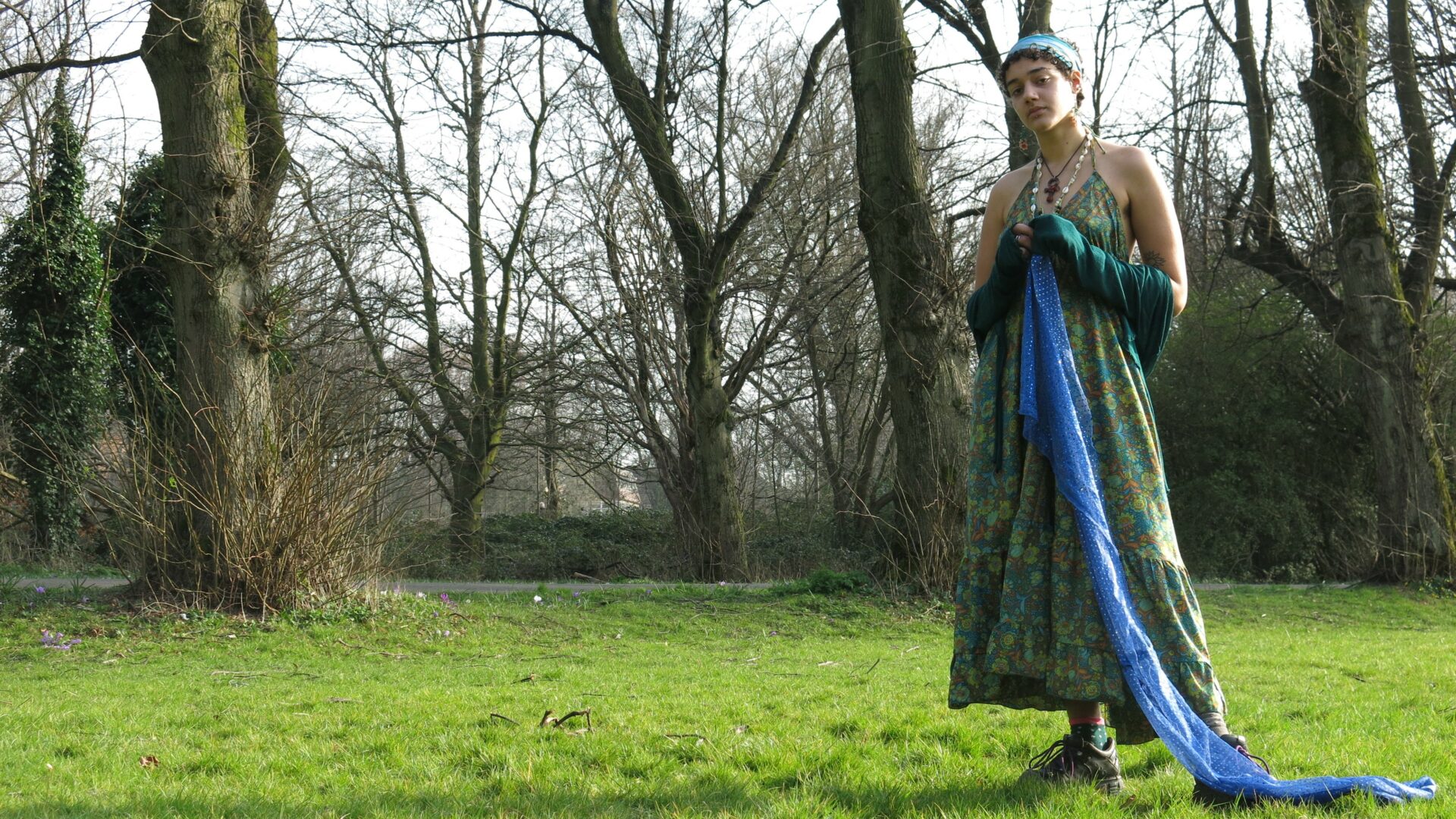 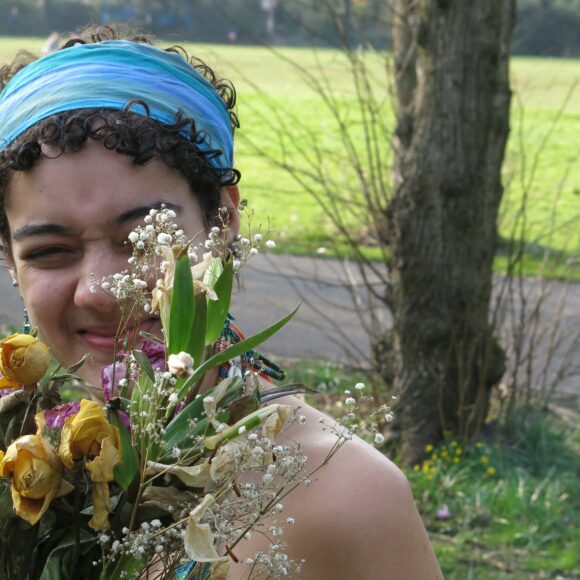 Danielle ‘Lae’ Carbon-Wilson, 22, is a performance artist and creative adviser to the team behind Green Space, Dark Skies, part of the Unboxed Festival of Creativity, which is taking place from April to September in the National Parks this year. She lives in Manchester but her love of the outdoors began as a tiny child on Dominica, ‘The Nature Island’, in the Caribbean.

‘I was born in London but moved to Dominica with my mother when I was two, so my earliest memories of nature are associated with that island,’ says Lae.

Dominica in the Lesser Antilles (not to be confused with the larger Dominican Republic) wears its ‘Nature Island’ mantle with pride and, says Lae, is considered a ‘pearl’ of the Caribbean. Its mountainous, volcanic landscape, dense rainforest, reed beds, pristine beaches and unique features – which include the world’s second largest boiling lake – provide the starkest example of how nature can protect humans, if we allow it.

‘It was the last island to be colonised in the Caribbean, simply because of its terrain,’ explains Lae.

She grew up swimming in its seas, examining the sulphur springs and observing the native flowers, insects and birds. She also learned that Dominica’s habitat provided cover and protection, first for the indigenous Kalinago people, who practise land custodianship, not control, and then for the Maroons, Black people who successfully resisted enslavement.

‘It was a great place and I was blessed to grow up there,’ she says. ‘I didn’t realise how important nature was to me until I returned to England when I was 13, to attend school in London.’

The full impact the natural world has had on her life only became apparent very recently, after she returned to the island in September last year. ‘I had been on the verge of a breakdown for a long time and felt very strongly that Dominica was my lifeline,’ she says. ‘I was almost overwhelmed by the nature there at first, it was almost foreign but it definitely felt like home. I would get up and go to the beach every morning for a swim, I’d meditate, walk through the trees – I suppose it’s what you’d call soft fascination, just watching and feeling the natural environment.’

Being close to nature allowed her mind to rest and heal and she returned to the UK to her new home in a queer, Pan-African housing cooperative in Manchester, where there is a community garden, and co-residents who are also keen on the natural world. ‘The house is next to a park and I’m going to try and make sure I go out every morning for a walk there,’ she says. ‘I’ve also decided that I want to do a lot more camping and start immersing myself in places like the National Parks.’

Lae trained in theatre-making and works as a performance artist under the stage name MAYALAE (@laedybirrd): ‘I don’t like playing characters.’ When she was asked to become a creative adviser to Green Space, Dark Skies, part of the Unboxed pan-UK celebration of creativity taking place this year, she jumped at the chance.

Working with Walk the Plank, a respected, 30-year-old organisation dedicated to producing outdoor theatre and spectacle, Lae will be helping to produce inclusive participation in the project, happening across several National Parks and Areas of Outstanding Natural Beauty.

She explains that a series of 20,000 volunteer ‘Lumenators’ will carry low-level, environmentally friendly light globes to create giant patterns and images for people to see in the dark in these wild places.

‘The artistic idea is that these lights, when illuminated in these patterns, will help nature connectedness through personifying the landscape and making it appear as the living, breathing thing that it is,’ she says.

‘It’s about inspiring people to see the potential of these spaces and celebrating life together and all the things this encompasses, including art and nature. We hope it will help them to visit places they may not otherwise have been.’

The clever thinking behind it is that: ‘We are literally saying to people who may not have visited these types of places before, you can get this train or bus – now you know the route to get to somewhere you can visit in the daylight again and again.’

As someone contemplating her own journeys into unfamiliar wild places this year, she understands how people can feel apprehensive about accessing the outdoors.

‘It can be overwhelming – footpath maps are like Tube maps: if you know, you know but if you don’t it can be difficult. We are trying to show people something beautiful, as well as provide a mutually beneficial learning experience, to becoming walkers or to getting accreditation to be a guide so there are more facilitators to take people into the wild.’

Lae believes her enthusiasm for, and experience of, the natural world is an integral part of her being.  Her interest in nature has, she says, become part of the spiritual basis of her life: ‘My understanding of God is that anything with life, with essence, has God in it.’