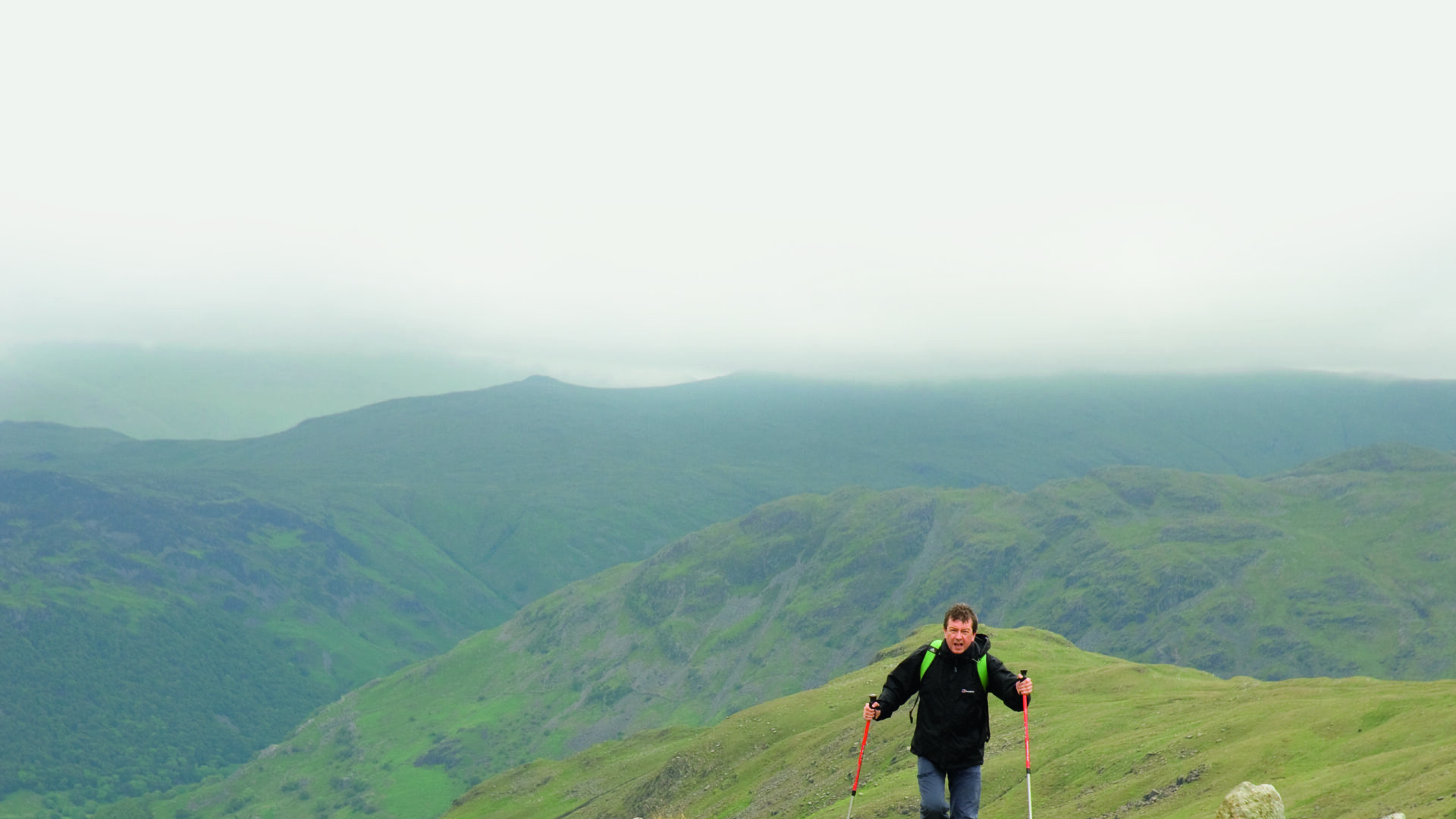 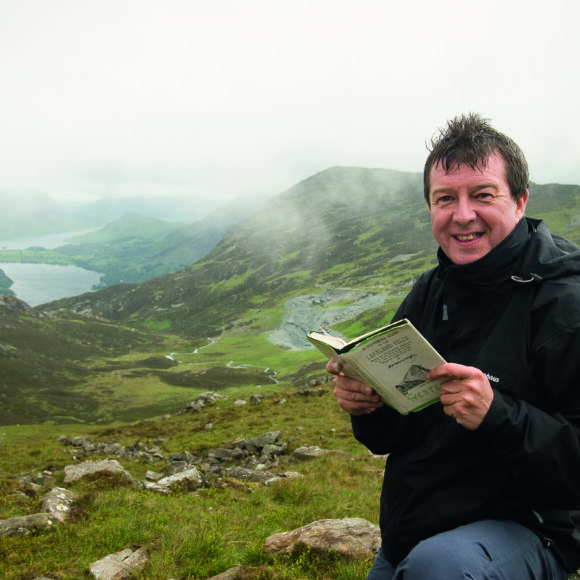 Broadcaster, DJ, writer and hiker – Stuart Maconie needs no introduction. As president of The Ramblers, he’s a fervent believer in the power of a good walk and in the civic benefits of National Parks. He explains why rambling needs to shed its outdated ‘men in bobble hats’ image and work on banishing the word ‘no’.

‘I was a really urban child, I grew up in a northern industrial area on a council estate and we didn’t really go to outdoors beyond the things that all kids do, like go to the seaside,’ says Stuart.

He fell in love with walking by accident in his mid-twenties, as an antidote to life as a successful music journalist. ‘I was travelling with bands, I was in planes and hotels and the last thing I wanted to do when I had some free time was be in an airport, standing by a baggage carousel,’ he says. ‘One day I went off to the Lake District, bought a couple of Wainwrights and a waterproof jacket and fell in love with walking.’

Since then, he’s taken up hill walking, coastal walking and walking by canals, fitting it all in between his writing, stints on Radio 2 and his current Radio 6 Music Freak Zone show.

‘I find walking calming and invigorating,’ he says. ‘As we get so much more demand on our time and on our minds, the sheer physical effort of putting one foot in front of another outdoors is a kind of healing and rejuvenating thing. You are disengaging from all the clatter and chatter of your mind for a while.’

He’s a big advocate of ‘walking just to get around’ and always tries to get in 12,000 steps a day although, if he’s hiking, that can soar to 25,000. If he’s stuck on a piece of writing he’ll ‘take it for a walk round the block’. He spent part of the morning before this interview enjoying an amble round the Cotswolds area he’s staying in as part of research for his latest book, a re-tracing of writer J B Priestley’s 1934 English Journey.

Stuart has walked – and written about – the route of the Jarrow Crusade and is a passionate believer in the National Parks’ ethos and what it stands for. ‘The National Parks were part of that marvellous post 1945 movement to make a fairer Britain,’ he says. ‘I see them as part of that same civic drive towards improvement that moved through the country after the Second World War.’

He believes there is a ‘societal health’ from being able to say that land is common to us all. ‘It’s our birth right; those hills, those lakes, belong to you, you’re entitled in the best sense of the word,’ he says.

He has used his presidency of The Ramblers – which next year celebrates the 90th anniversary of the Kinder Scout Mass Trespass which galvanised their organisation – to try and bolster inclusivity in the movement.

‘We should always be asking how we can encourage more participation from different people,’ he says. One of the things he’s identified as a potential barrier is the word “no”.

‘It’s just a simple thing but I noticed that people get invited for a walk and the invites can say things like “no jeans or trainers”,’ he says.

‘Wouldn’t it be more helpful to start off saying “it would be better if you had some walking boots and a waterproof”? I don’t want us to be seen as an organisation where you must have the right gear. Let’s start from the bottom and just get people outside.’

He remembers when he started walking. ‘A lot of the guidebooks seemed as if they were written by grumpy middle-aged men telling you that you had to have proper hiking boots,’ he says. ‘Walking boots are a good idea but you can do many routes in a good pair of trainers.’

He also wants to get away from the perception of The Ramblers as a very serious organisation: ‘It’s the old men in bobble hats image although, as a man who does own several bobble hats…’ he laughs.

He feels that some may have been put off by the kind of mentality where ‘serious walkers’ complain about handrails in the fells, peoples’ inability to read a compass and where cairns are destroyed. ‘I just want to say there are other ways of doing it rather than that route march military approach,’ he says.

He sees a bright future for walking as so many people took it up during lockdown. ‘When I went out each day, I’d see people and I’d realise they were walking because there was nothing else to do. But hopefully, if they liked that feeling they got from it, if they recognise the benefits they were feeling, they will carry on.’

He quotes Wainwright, who commented on the view from Haystacks, his favourite mountain, that a person could forget he had a raging toothache up there.

‘I know what he means,’ he says. ‘Walking up a hill can put things in your life in perspective. If you have to concentrate on putting one foot in front of another, you stop worrying so much about the other stuff.’