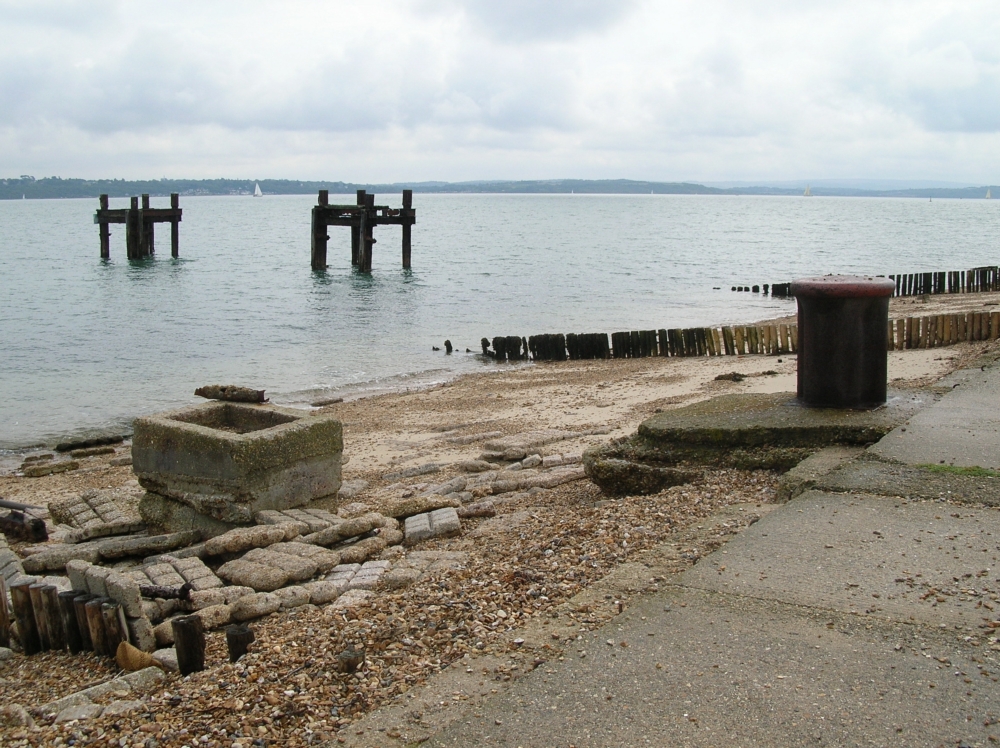 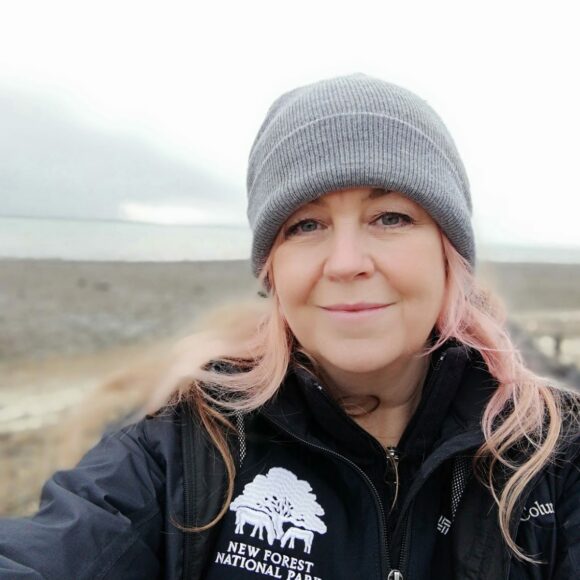 Maria Court is Senior Communications Officer at the New Forest National Park Authority. She has a background in journalism and brand marketing. Joining the National Park team has opened her eyes to the complexity and fragility of New Forest habitats and how they’re a world capital for wildlife.  She particularly enjoys working as part of a ‘team New Forest’ with partner organisations, local communities, members and volunteers to protect this special place.

The New Forest’s inland landscapes have been shaped for centuries by the free-roaming ponies and cattle – known as the ‘architects of the Forest’.

Yet our National Park also has 26 miles of coastline, shaped by time, history and the sea’s sharp tooth, as I discovered when I visited Lepe Country Park recently on a grey winter day.

The backdrop of the Isle of Wight across the Solent looked close enough to be hit by a thrown stone. Or, in Lepe’s case, a myriad seashells. Despite leaden skies, the water was surprisingly turquoise.

Mud exposed by the low tide provided the perfect restaurant for a number of birds that had gathered for a winter feast. Brent geese, cormorants and oystercatchers were perky company – albeit at a safe distance away from me and my pooch, who I kept close and under control at all times so we wouldn’t disturb these wintering birds.

It wasn’t long before my attention was grabbed by the more incongruous wood and iron structures standing silently to attention just off the shore. These ‘dolphins’ are testament to the important role the area had in preparing for D-Day. Used to tie up landing craft transporting troops and tanks, they’re a little beaten around the edges, but considering they weren’t designed to last nearly 80 years, they’re doing well and thought to be the only surviving two in the country.

Even if you aren’t a history fan, you can’t fail to be at least a little beguiled and humbled by the other reminders of WW2 here, including the extensive concrete and brick structures that formed part of the construction site used to make elements of the temporary ‘Mulberry harbour’. I wanted the distant passenger ferry; the yacht in full sail; the lone kayaker to briefly stop as a mark of respect.

Those with more time could continue to explore the beach or pine-fringed cliffs; wander up towards the old coastguard cottages; take in the nature reserves and wildflower meadows, or the five kilometre Lepe loop walk around coast and country.

I headed back towards the Lookout – a state-of the art eco-building housing visitor information, a retail space offering local produce/bespoke Lepe items, and a café with a log burner and fabulous picture windows where the view changed by the minute. As well as having solar panels, it’s raised on stilts to future-proof it from the effects of climate change and resulting extreme weather events. Once in a while an unusually high tide will hit these shores – and only a week before my visit, several feet of sea water had swirled around the foot of the stilts. It’s fully accessible, serving a selection of really lovely meals throughout the day, and dogs are welcome too!

It’s also a place to chat to a ranger or peruse interactive interpretation screens. They can tell you about the winds and tides to look out for, what birds to see, and how to respect this beautiful place.

Despite feeling tucked away, Lepe Country Park is surprisingly accessible for all. Commanding an enviable position of ‘where the forest meets the coast’ it has altered my perception of the New Forest National Park. I was thrilled to spot a mermaid’s purse before I left (a sign of prosperity and good fortune). Suffice to say I went home with more thoughts than I’d anticipated.