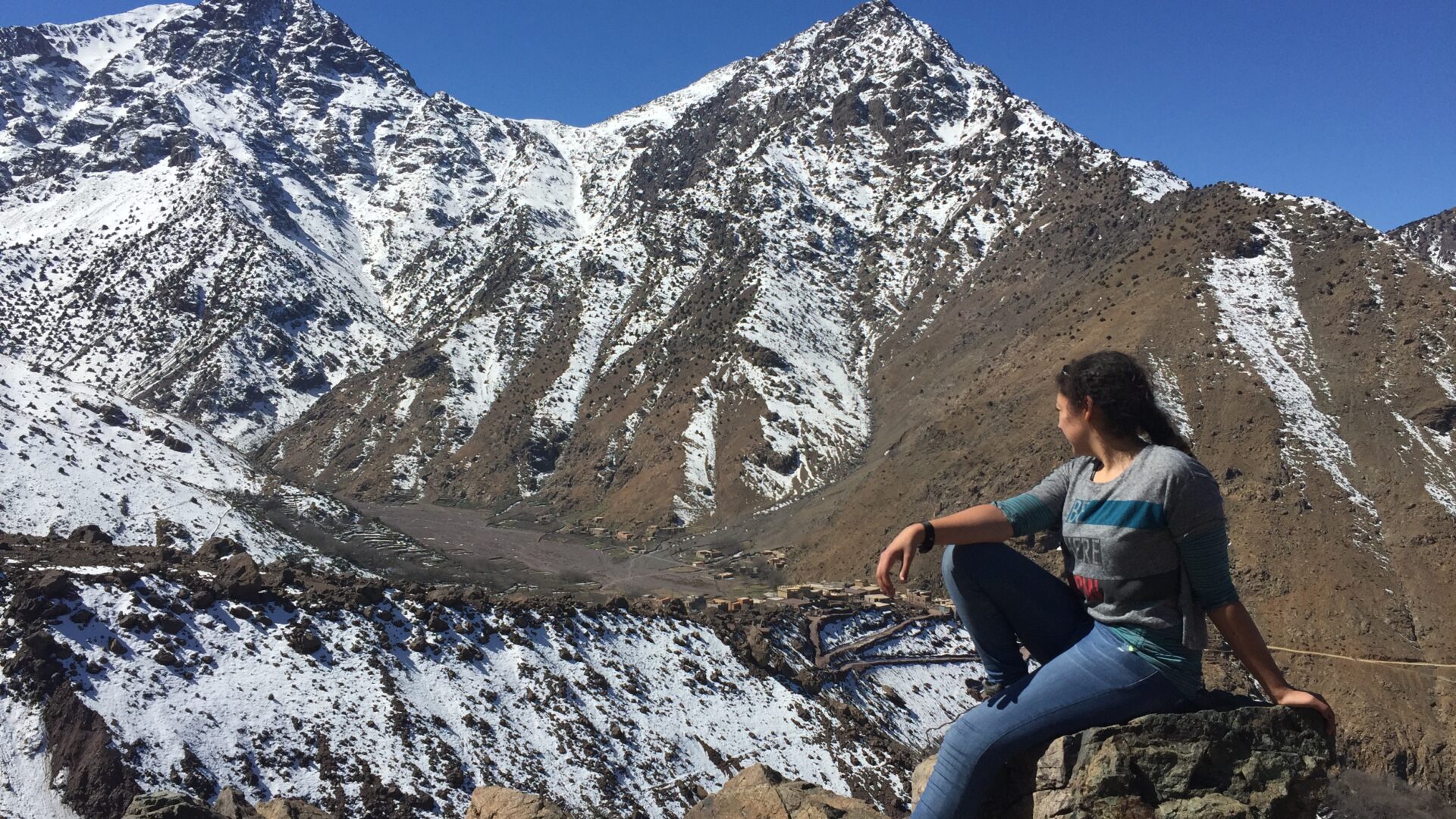 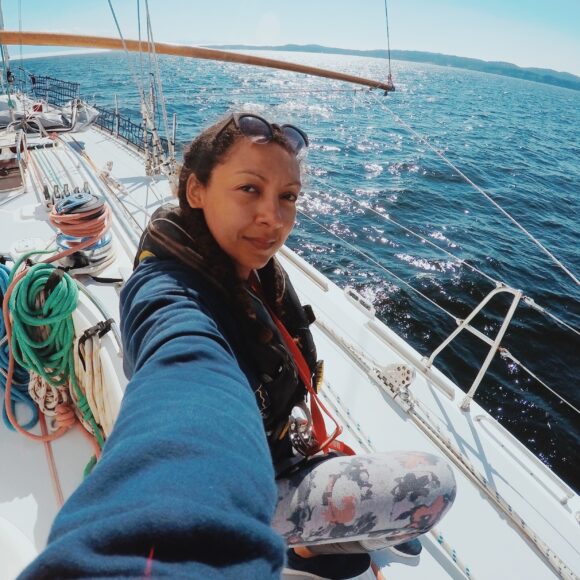 Soraya has always felt at home in the outdoors – she can’t remember a time when she wasn’t riding, walking or playing in the fresh air. But, she says, she’s been fortunate to be able to connect being outside through activities she enjoys. A social influencer in the outdoors, and Lonely Planet’s Sustainable Storyteller, she also runs a network bringing together diverse outdoor community leaders, so that more people can find their place in nature and the wild.

‘If you’ve never experienced the outdoors it can be difficult to explain to somebody why they would want to be there and that’s why activities are so important,’ says Soraya.

Her earliest memories are of ‘doing things outside’, either at her family home in Hampshire, or that of her grandparents. ‘I used to spend a lot of time in their garden – I think they were probably gardening and I was digging in the dirt alongside them,’ she says.

She also has clear and happy memories of learning to ride. ‘I started when I was very young and can remember being on a horse; the sense of being up there, outside.’

Her mother is British, her father Sudanese, and she has strong memories of family time in the Hampshire and Surrey countryside: ‘Even when we were grumpy teenagers, my mum in particular would spend time dragging us out for a walk,’ she laughs.

This, coupled with a can-do attitude: ‘Do whatever you want to do and be who you want’ are part of the reason that Soraya never felt that being a person of colour was a barrier to accessing the outdoors. Other factors like financial means, proximity to outdoor spaces and passed-on knowledge will have also played a part, she says.

‘There is this narrative that if you are a person of colour you don’t have money and can’t get into the wild places and that’s not always true,’ she says. ‘It has not been true for me. However we have to recognise that the BAME community is as broad and diverse in its barriers, as it is in the backgrounds of those it encompasses.’

Other factors that may limit this access, she says, include the jargon associated with the outdoors, knowing what it’s possible to do at a destination, what kit you’ll need or even if you will be safe and welcome there.

Her passion for connecting people and places was a key factor in her decision to make herself more visible online, as a person of colour experiencing nature.

She decided to post more images of herself, becoming more visible on social media because: ‘If I’m offered the mic and I give it back, it may go to someone who is more traditionally seen as ‘outdoorsy’ and the opportunity to amplify underrepresented voices is lost. The mic is not being passed enough to individuals from diverse backgrounds with different stories to tell and we need to change that.’

Her dissertation for the One Planet MBA was on authentic leadership for women and through it she learned that in role modelling; ‘We look for people like us who have done something before.’

Realising that situations can be self-perpetuating: ‘If, as a woman lawyer, you never saw a female judge you might conclude that women can’t do that job,’ she says, she applied similar thinking to outdoor leadership.

After becoming more vocal on the subject and wanting to learn more, Soraya looked for others who were also driving for change. ‘I was searching for a network for everyone looking to create change on diversity in the UK outdoors – community group leaders and individuals – so we could support and learn from each other,’ she says.

She wanted the network to comprise all areas of diversity including disability, gender and body image, which she believes are all under-represented groups.’ What I discovered was that it didn’t exist. But everyone kept telling me it would be great if it did!’

All the Elements, her community resource and networking organisation which focuses on those working to diversifying the outdoors started from this.

It runs networking events, as well as hosting a library of resources highlighting research into diversity in the UK outdoors and the work being done by community groups to create change. It also includes a directory of outdoor activity groups working across diversity areas.

Community members include cyclists, open water swimmers and hikers. ‘Once you can connect the outdoors to an activity, it gives an entry point to outdoor spaces,’ she explains. ‘All we ask from our community is that people come to events with an open and collaborative attitude and a passion for increasing diversity in the outdoors.

‘I love talking to people and seeing those connections being made with people working together and moving forwards, it lights me up.’