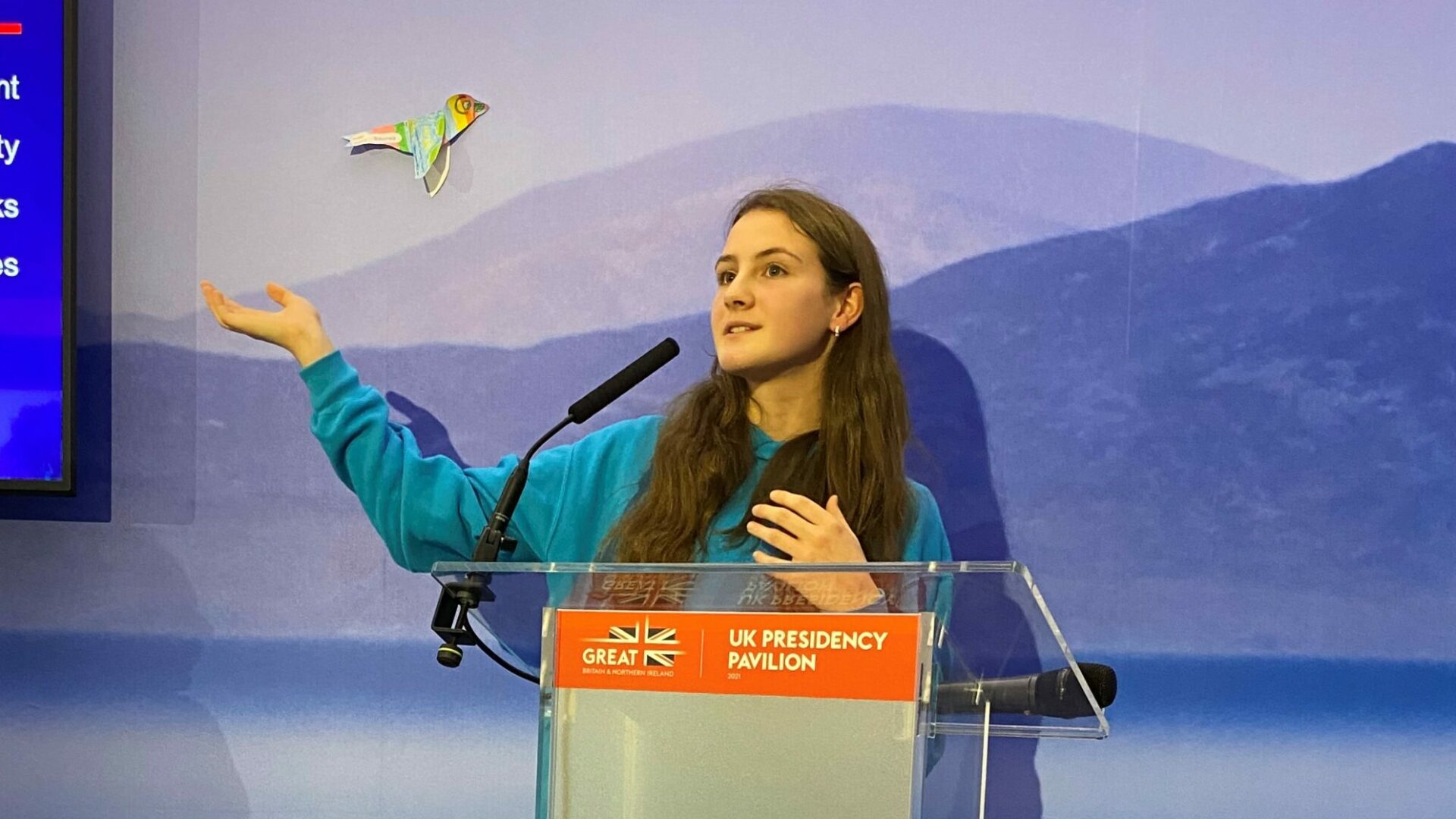 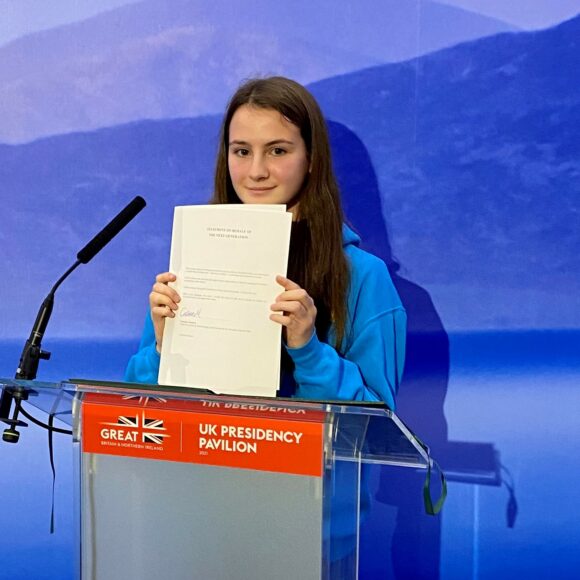 In November 2021 at COP26 in Glasgow, organisations in charge of some of the largest tracts of protected landscapes and marine environments across the world came together for the first time to call upon world leaders to support their work at the vanguard of the fight against climate change and biodiversity loss. Orchestrated by National Parks UK, their joint statement was signed by authorities and organisations across the globe. Catriona Manders, a Junior Ranger and member of the Youth Committee, represented young voices and signed the statement on Youth Day on behalf of future generations. She tells us more about her hopes for the future.

To be honest, I didn’t know much about the topic, none of us did really. It just fell into our cluster of debates on controversial topics like “Was the moon landing fake?” Just enough to keep us amused on a Thursday afternoon.

On that Thursday, I was arguing that climate change was real. I remember a friend of mine saying that it didn’t matter if it was real because we would be gone by the time it affected us anyway. I also remember disagreeing with him, because he was being selfish and it would affect our kids and grandkids. But we were both wrong – it will affect us all.

I grew up, and am still growing up, in a tiny village in Loch Lomond & The Trossachs National Park. I was fortunate enough to be surrounded by nature for my whole childhood and some of my favourite memories are of the hours spent den building with the other kids in the village, the first time I cycled up the big hill out of the village and guddling about in burns, making dams and crying when I ultimately fell in.

I developed an appreciation for the natural world that surrounded me – to the point that I’ve become a bit of a city-phobe, but that’s a separate issue. I believe that’s one of the key things that National Parks and organisations around the world can do, just to try and spark that engagement with other young people and older people too! I hope the world leaders coming to Glasgow this month take just five minutes to walk in our National Park because to me, it becomes blindingly obvious what we’re fighting for.

When I was in Period 6, doing that debate, I knew very little about climate change – other than that it was bad and the world was getting hotter. I know a bit more now, but still not much. There should be far better climate education in schools than there is.

When you look into it yourself, it’s so easy to get overwhelmed by statistics and warnings and general doom and gloom. The so-called impending doom of the planet? It’s really scary. And you know what else is scary? The fact that many of the key decision makers have the same view as the boy in my Period 6 class – that it won’t affect them.

That’s why youth voice groups are so important, especially in places like National Parks – because it does affect us and it affects the places we live in and care about. In a survey recently, we, as the Youth Committee, identified climate change as the key priority for young people in the National Park – and now, it’s our role to try to act upon that in everything we do.

Young people deserve to be listened to in every room. We aren’t tokens or symbols of the future, we’re just slightly less aged adults and it would be great to be treated as such more often. When you look around at ‘youth engagement’ programmes, it often becomes hard to draw the line between meaningful conversation and tokenistic consultation.

The latter being the less ideal of the two because we have interest and passion and really quite a lot to say. I say ‘we’ very vaguely here, because I’m almost falling into the trap of generalising young people. ‘We’ are every school pupil in this world, every climate change protester and climate change denier – not exactly an easily defined group.

My point is that young people should be listened to, whatever we have to say – because, to use the horribly cliché term, we are the future. We’re inheriting this world, whatever is left of it so it’s only right that we have a say.