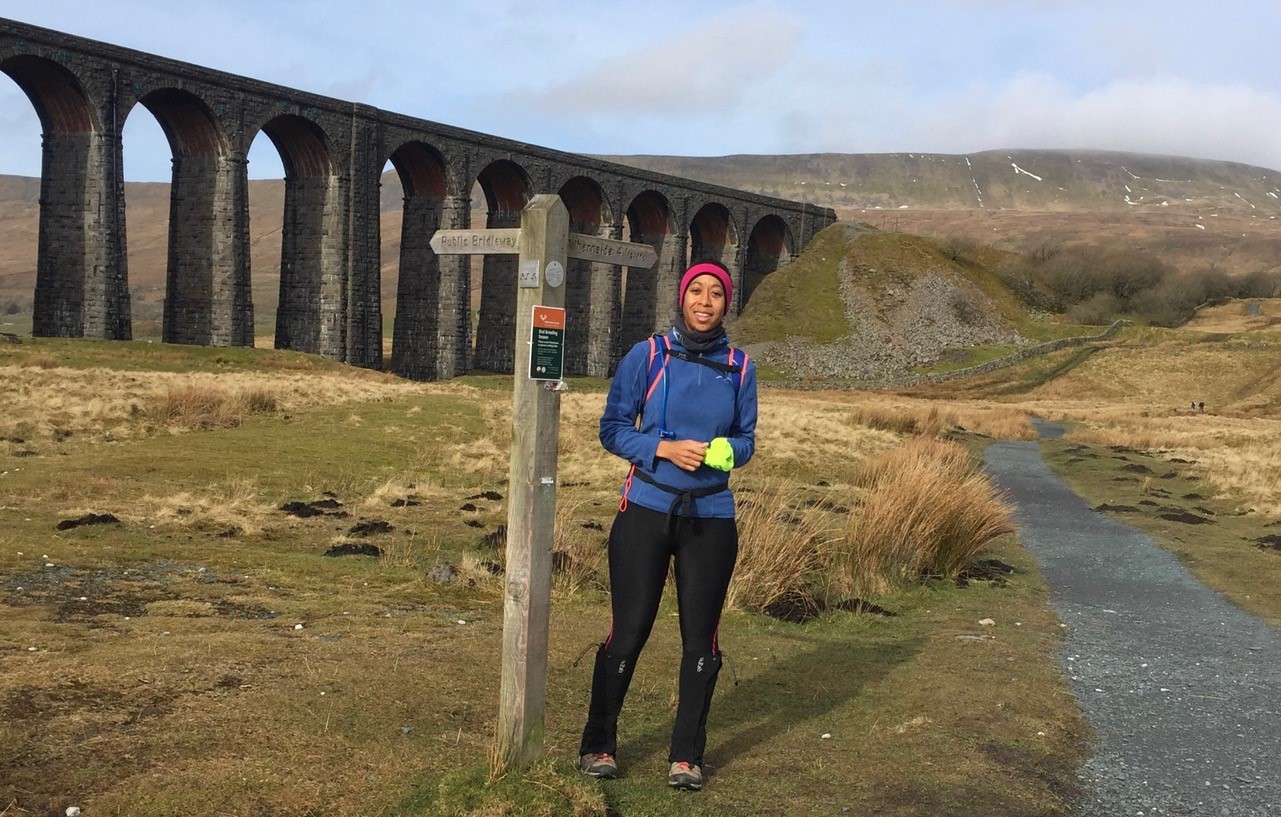 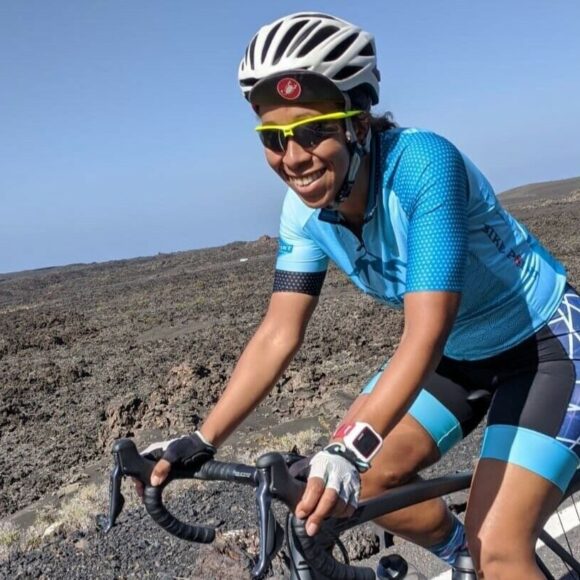 School trips, youth hostels and caravanning in the Yorkshire Dales helped propel Kike Agunbiade into the Great Outdoors. Now, cycling, triathlons and walking in ‘amazing landscapes’ have provided Kike with an outdoor-enriched work-life balance alongside her work in the education system.

‘I think the thing I love about the outdoors is that you can come at it in different ways, depending on how you’re feeling,’ says Kike Agunbiade.

And she should know.

School trips, long walks with her mother and Youth Hostelling holidays sparked a life-long love of being outside.

Then there’s the caravanning with her grandparents in the Yorkshire Dales, walking up Mount Snowden, and the kayaking and climbing she enjoyed as a child at an outdoor pursuits centre in Leicester.

‘Whether it’s getting to a summit or achieving a distance, it’s quite important to me to be out in the wild, doing something,’ she says. ‘I definitely think that being familiar with the National Parks and getting out into the countryside at a young age made a difference to me and my life.’

Being ‘outdoorsy’ as a child was also reflected in Kike’s love of sport; hockey and netball as a teenager and later representing the University of Oxford in Rugby. But it has always been so much more than just the physical activity itself, it also shaped her personality and sense of what’s really important. ‘There’s definitely a link between enjoying the outdoors and sport, and how you see your self-worth – no one cares if you’ve got make-up on or done your hair,’ she says.

She believes the outdoor life fosters physical and mental resilience, especially in women. ‘Getting to the top of a mountain or swimming across a lake that you thought might be unmanageable helps you to learn that you can achieve things in all aspects of your life that feel like they might be out of reach.

‘Another concrete benefit is getting some perspective on your day to day worries and stepping away from the hustle and bustle of your normal routine,’ she says.

Helping other people to gain these advantages – especially those who experience less opportunity for access – has become an important part of her very busy life.

After first qualifying as a science teacher and spending several years working in the education charity sector, Kike is currently studying law with the aim of righting many of the social injustices she has seen through her work.

Outside of work, one of Kike’s favourite ways to be outside is on a bike but she took some time in deciding which cycling club to join.

‘I’ve cycled since I was a kid but even after taking up triathlon more recently, I didn’t join one because of the reputation of cycling clubs of having a male dominated, somewhat macho culture; lots of white men only interested in going really fast,’ she says.

Eventually she discovered Islington Cycling Club, ‘One of the biggest and friendliest ones around’ which, she says, is committed to improving access and inclusivity.

‘With cycling, I love the way you can be up early on a Sunday morning and then be out in Hertfordshire, or down in Brighton,’ she says.

For her, variety in outdoor experience is vital. ‘I like the challenge,’ she admits, describing how she and a friend cycled up the volcano in Tenerife when she travelled there for a wedding.

‘For me, it’s the awe inspired by an amazing landscape, particularly if you’re up on a Scottish mountain or on an island, you can really see the forces of nature at work, knowing that a valley is a particular shape because of historic glaciers or volcanic activity,’ she says. ‘That sort of awe just captures you and the perspective it brings is probably the thing about it I appreciate most.’

With the outdoors having been such a constant release and inspiration in her life, Kike was delighted to join the team at All the Elements CIC last year. It’s a network to support all the organisations and individuals trying to increase diversity in the UK outdoors.

A big part of supporting others to create change is understanding the barriers to access. Access issues can be physical, such as transport; ‘If people don’t have a car, it means they may not be able to get into nature and the outdoors so easily,’ says Kike.

But it may also encompass issues around culture; ‘What can you do in the outdoors? What do you wear? Where’s a good place to go? How do you get back from a hike? That kind of thing,’ she says, explaining that many people have not enjoyed the chance to grow up with the outdoors as she did.

The community interest company improves accessibility for under-represented groups in the outdoors by helping those running diversity initiatives and projects to share best practice, and connect and collaborate. And Kike is at the forefront of facilitating sessions for changemakers: ‘Holding space for these conversations gives me the opportunity to support real change in the outdoors, and show that we can create an inclusive outdoor experience for everyone.’