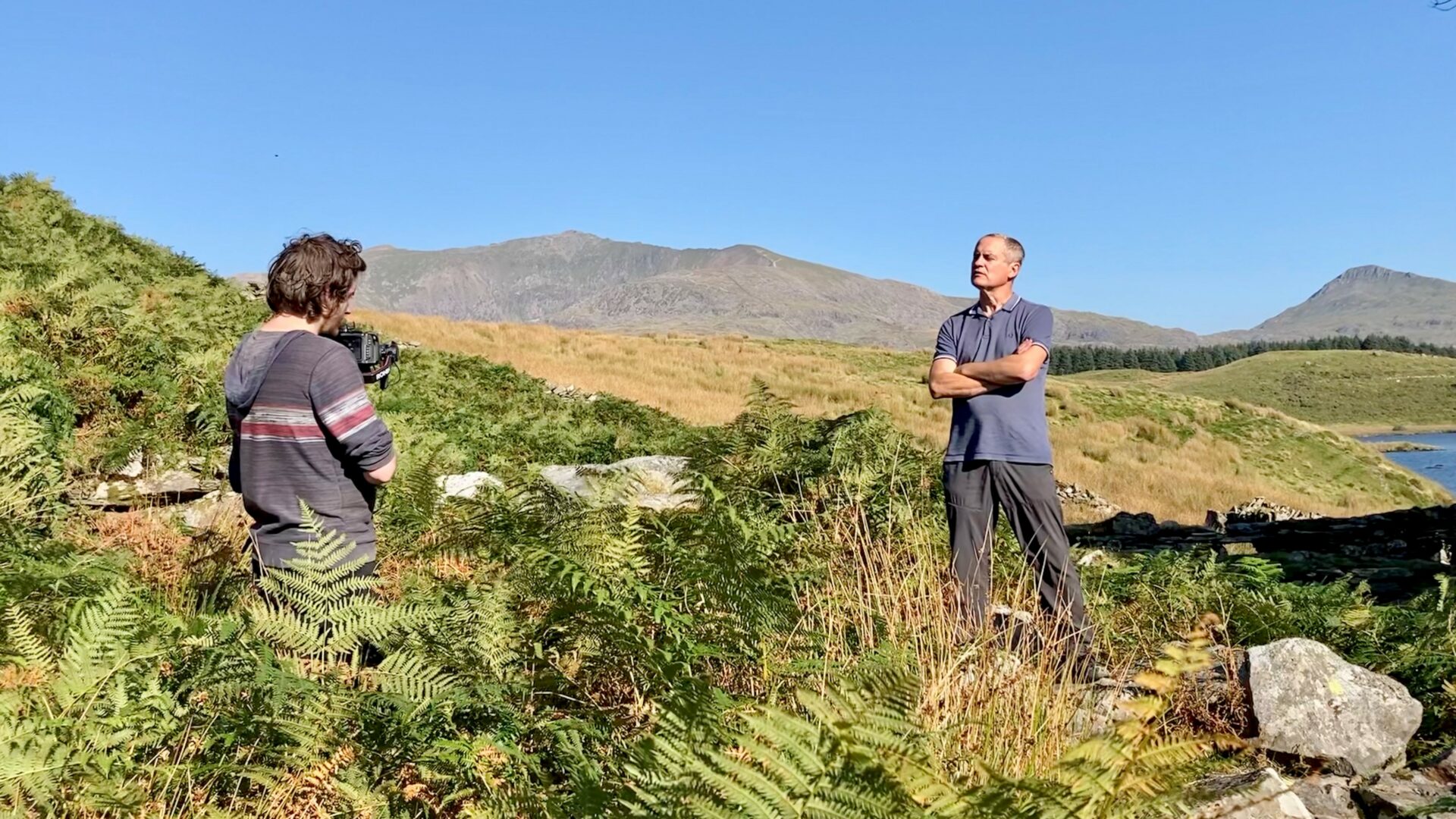 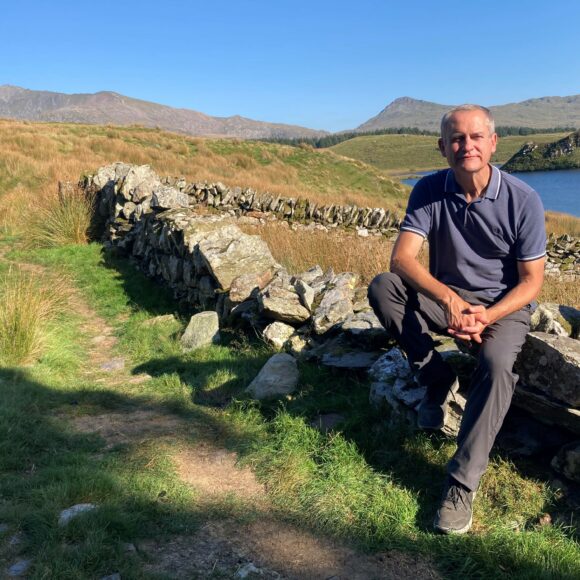 Broadcaster and National Poet of Wales Ifor ap Glyn is a London Welshman, whose mother’s family hail from Parc Cenedlaethol Eryri / Snowdonia National Park. Ifor’s city upbringing coupled with his mountain heritage enable him to see the Park both as insider and outsider. He explains how that’s inspired him to work with artists across several genres to celebrate the Park’s 70th birthday this year.

Although Ifor ap Glyn grew up in North London, he was a frequent visitor to his grandparents’ home in Llanrwst, and now lives in Caernarfon, both towns situated near the Snowdonia National Park. ‘That’s why my English sounds Cockney, and my Welsh sounds Cofi’ he laughs (Cofi is the local Caernarfon dialect of Welsh). However his London upbringing was no bar to his development as a Welsh language poet; he has twice won the prestigious crown award for the best poem at the National Eisteddfod; he has performed his work in festivals around the world; and in 2016 he was appointed by Literature Wales as the new Bardd Cenedlaethol / National Poet of Wales.

How has he responded to his latest commission, to write a poem in celebration of the Snowdonia National Park’s 70th birthday? ‘With a certain amount of trepidation!’ he replies. ‘Eryri has always been a special place for me. Holidays with my grandparents at the edge of the Park would always include visits to relatives that would take us into the mountains proper. And then as I grew older, I began to wander over those same mountains on my own, so I’ve always been deeply aware of my connections to the people and language of the area. Every commission presents its own challenges, but this one came with a sense of responsibility too.’ Ifor was tasked with writing a poem, that would in turn inspire a team of artists to create their own response to the Park’s 70th anniversary. ‘So again – no pressure there!’ smiles Ifor, ‘Especially as they’re all highly regarded practitioners in their respective fields – but they were all lovely to work with.’

The artistic team included painter Lisa Eurgain, who creates magical abstract landscapes inspired by the mountains of Eryri; Angharad Harrop, a dance artist, who together with harpist Helen Wyn Pari will be improvising dance sequences in the landscape; and Tim Pugh, an environmental artist, who typically uses found objects such as leaves, stones, or even litter, to create two- and three dimensional pieces in the landscape. The three remaining artists are metalworker Joe Roberts, who creates sculpture and furniture derived from natural forms – he has been commissioned to create a gate for the Park- and musicians Owain Roberts and Eve Goodman who have collaborated on a haunting song to celebrate this milestone in the Park’s history.

‘One of the best things about the process,’ says Ifor, ‘was the opportunity to meet up with the other artists and share stories about what Eryri meant to each of us. It was fascinating too, to learn something about their creative process and I tried to reflect that in my poem. I drew my own inspiration from several long walks through the Park, in varying weather conditions – after all, being on the mountain is the thing; good visibility is just a bonus!’

Ifor’s sequence of poems Holwyddoreg Eryri (which translates as A Snowdonia Catechism) challenges our assumptions about the area and invites us to recalibrate our relationship with the National Park, in order to deepen our understanding of what it can offer us. Here’s the closing poem from the sequence:

What will we learn from Eryri?

To measure ourselves against mountains

and to change speed…

To understand that our time here is short,

but our responsibility huge…

leaving only our footprints

to burnish the path for our kids.

as we enter these rocky portals,

A video of Ifor’s complete sequence of poems, and all the artworks commissioned by the Snowdonia National Park to celebrate their 70th anniversary, can be enjoyed via an interactive map, which can be accessed here