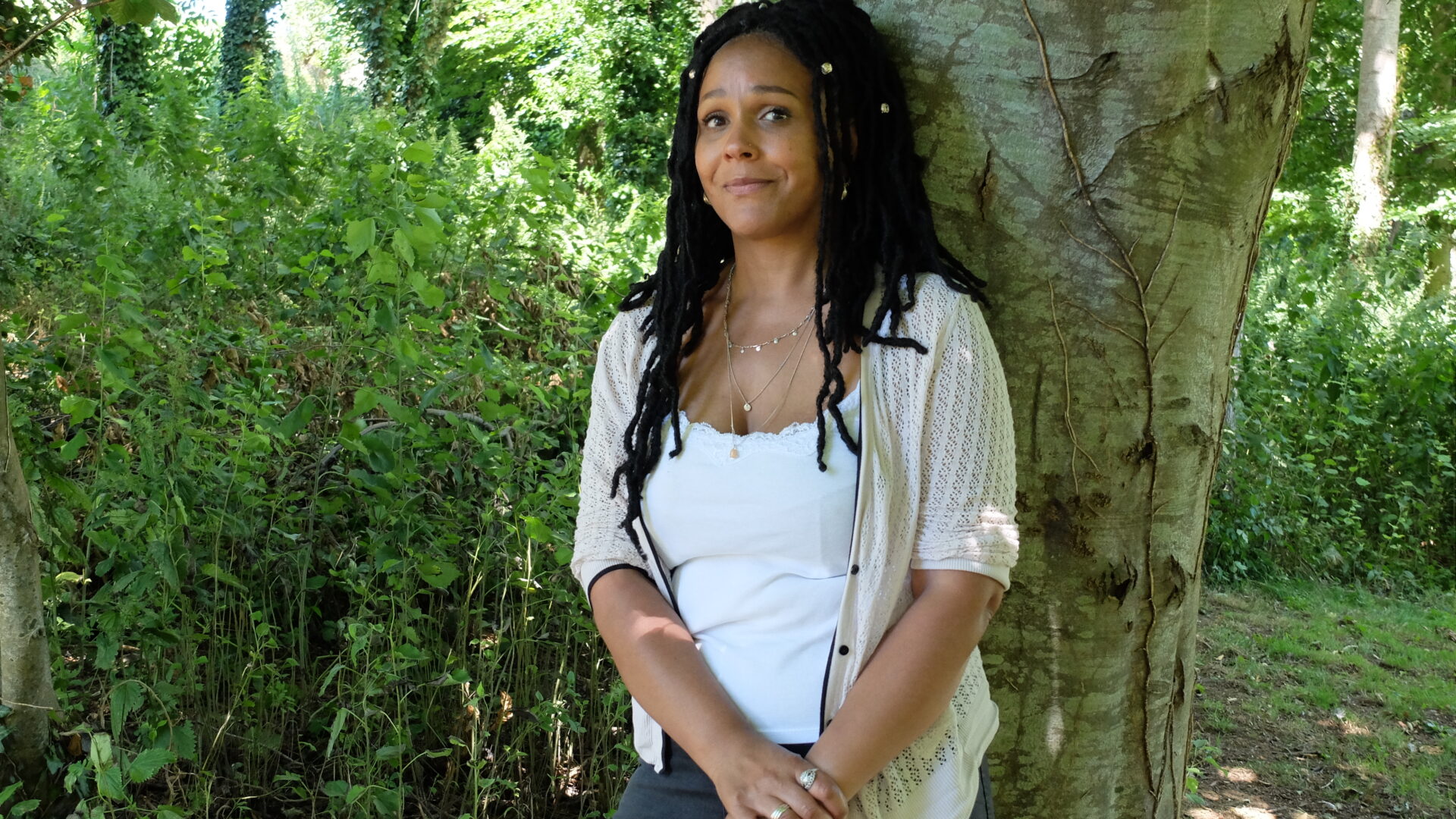 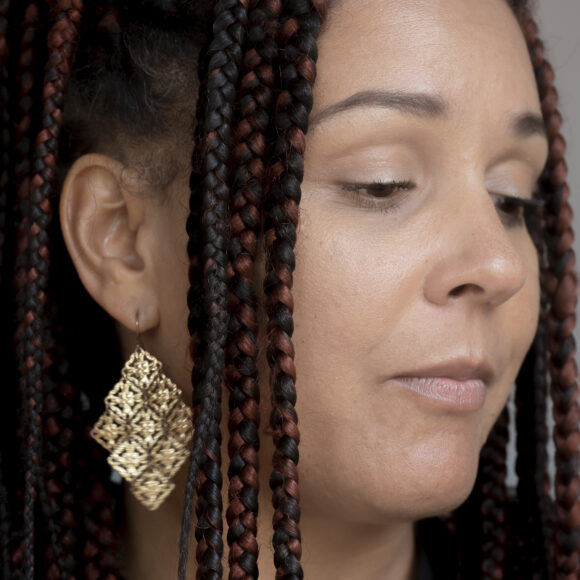 The rural and coastal landscapes of Devon and the West Country have shaped the life and work of Louisa Adjoa Parker, a poet, writer and creator of the Where Are You Really From? project. Her dual Ghanaian and English heritage have enabled her to see and experience a different countryside – but it remains one which continues to inspire.

For some of us, a walk is just a walk. Louisa Adjoa Parker sees it a little differently. Born in Yorkshire and having spent most of her life in Devon, Dorset and Somerset, she’s a West country woman whose heritage also hails from the West coast of Africa.

‘To me it’s not just a landscape, it’s different human stories that are taking place in those beautiful spaces,’ she says.  ‘I think that what I’ve tried to do is re-tell the narrative of who lives here, and has lived here, through my work.’

Her work includes the 2007 poetry collection, Salt-sweat and Tears which explores the life of a mixed-heritage child, then woman, living in white rural England from the 1970s to the noughties.

Her 2016 poetry collection, Blinking in the Light, chronicles a traumatic year she spent in the coastal Dorset town of Lyme Regis. She’s also written How to Wear a Skin, about identity, ethnicity, place, home, loss, gender and parenthood, and her short story collection, Stay With Me, came out in December 2020.

When she began writing poetry she also tunnelled into Dorset’s black history, which encompasses slavery as well as the stories of the black American GI’s who were stationed in the county during World War II and whose experiences she has also chronicled.

So it’s understandable that whilst she was writing this, when she went for a walk: ‘I imagined these African ghosts everywhere saying: “Tell our stories!”. I am very much inspired by the landscape. For me it’s about saying that the countryside has been a more diverse place than most people recognise and that we belong in these beautiful places as much as anyone else.’

Being in the countryside has brought her joy and solace but also some anxiety. ‘To many, the countryside represents Empire,’ she says, explaining that many structures in rural areas, such as houses, lakes and even imposing estate walls were built with slave labour, or via the profits of those who were handsomely compensated by the government for ‘freeing’ enslaved people.

People of African and Asian heritage, she says, tend to stand out more in the countryside, one of the facts which inspired Where Are You Really From which supports rural people of ethnically diverse heritage to tell their stories. ‘When a black person lives in the countryside they’ll often be asked where they are from, which is fine, most people get asked that,’ says Louisa. ‘However, when people then ask ‘where are you really from’ that’s when it can become problematic – it feels as though people are questioning your right to be there.’

She is ‘really’ from Yorkshire but then moved to rural Cambridgeshire. ‘Back in those days – I’m 49 – adults believed children should go out and play so we had a lot of freedom,’ she says. ‘I liked being outside and my home didn’t always feel safe so, from the age of about eight, I would play outside. I’d ride my bike, play in the fields and go to the local river.’

When Louisa’s grandparents moved to Devon she started spending more time in the south west, enjoying the beaches at Paignton and Bantham.

Her mother moved the family down to Devon and Louisa has spent the rest of her years living in various south west locations.

‘As a child and a teenager, I took it all for granted as you don’t really see or appreciate the countryside so much when you are younger but, looking back, I’m glad I had that freedom,’ she says.

‘As a teenager my friends and I would skive off school and go to the river on a warm day and go wild swimming, although it wasn’t called that then! We’d go to beaches, the moors, walking through the fields, so many different landscapes with different plants and wildlife.’

Her favourite places remain firmly rural and south west. ‘I love Monmouth Beach in Lyme Regis which I’ve written about; it feels very wild,’ she says. ‘It’s got these black cliffs which look as if they are tumbling into the sea, it’s got fossils and there are huge pebbles and scrubby grass on the cliffside. I feel calm when I’m there and its vastness helps me put things into perspective.’

Louisa feels the same about Golden Cap on the Jurassic Coast in Dorset: ‘I used to go walking up there with my daughter then running down the hills,’ she says. The sight which makes her heart sing, however, are the red cliffs of Devon, the very earth itself.

‘I feel I’m at home in lots of little spots all over the West Country,’ she says. ‘People tend to say hello more when you’re walking in the countryside, but we still need to change structures so there is a more welcoming environment, so that all people can feel safe here and that they have the right to be here and enjoy it.’