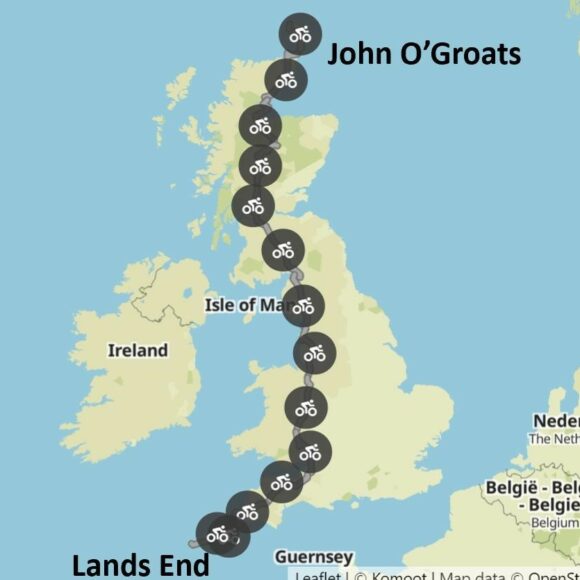 Pedalling North to South: The Route

Pedal 4 Parks is a 1,200-mile journey across the UK. The first cycling expedition to pioneer this route over land and sea.  Along the way the team of five eco-activists will be visiting National Parks and talking to some of the environmental and sustainability innovators working there to find out what we can all do to curb environmental decline and restore nature.

This post is brought to you by Pedal 4 Parks media team members Emily and Natasha.

National Parks UK has teamed up with Pedal 4 Parks on their mission to educate the nation on why we need to preserve these beautiful spaces and the scalable solutions available to do so. Not only are they supporting National Parks through educational aims, they are also raising money to help fund the upkeep and preservation of these areas of stunning natural beauty.

The UK has a total of 15 National Parks. England hosts 10 of the parks that cover 9.3% of the land area, Wales has 3 parks covering 19.9% of the country and Scotland is home to the last two that cover 7.3% of the nation. On this journey, the Pedal 4 Parks team will be cycling through 6 of them. From North to South these will be: the Cairngorms, Loch Lomond and The Trossachs, the Lake District, the Brecon Beacons, Exmoor and Dartmoor. These spaces will offer the team the opportunity to capture the outstanding beauty of the UK environment and open their eyes even more to the important links between green space and mental health. There is no better way to understand the challenges faced in these spaces than experiencing them first hand, all of which will be integrated into a documentary “14 Days South: Over Land and Sea”.

The 4 Main Stages of expedition

Stage One is really rather short as the team cycle from Birsay at the northernmost tip of the Orkney Islands to Burwick, the southern port of the main island (South Ronaldsey Island) where the ferry crosses to mainland Scotland. This initial cycle will form the first part of the day before the team take on the next stage… on water.

Stage Two will take up the second part of Day One and will see the team take to the water for the first time. Despite being metres away from the island ferry, the team will swap out their Bamboo bikes for water bikes. Once comfortable on their new ‘wheels’ they will pedal for approximately 15 miles across the Pentland Firth. Providing the weather is on their side, this should take the team between 2-4 hours, that is quite a long time to be out in the cold Scottish waters!  This water crossing is known for having the highest density of shipwrecks in the UK, whirlpools and Orca whales. The team, facing one of the most powerful tidal streams in Europe, will have a lot to consider until they return to land at John O’Groats where they will dry off and prepare to start the longest leg of the expedition.

Stage Three is by far the longest and famous in the cycling world as JOGLE (cycling across the UK from John O’Groats to Lands’ End). Although a well-worn journey, our route will be unique as the team  meets up with people and green spaces that help tell the story of nature recovery in National Parks. To access these spaces the team will be cycling on and off road, making the challenge just that extra bit more tough! Pedal 4 Parks is much more than a sporting challenge so the route will reflect the team’s mission to uncover how we can save UK green spaces and celebrating the people who are devoted to making that change. The team will be cycling approximately 1,168 miles in 12 days, that’s an average of 97 miles each day!

Stage Four and for the final part of their journey the team will hop off their Bamboo bikes  and back onto their water bikes. They will be on the water for the entire day – and potentially into the night – as they pedal the final 35 miles of the expedition.  Five different tidal systems meet here between Land’s End and the Isles of Scilly and it has been described by Paddler Magazine as: ‘One of the most treacherous stretches of water anywhere in the world.’ But don’t worry, the team have been training hard on the water in Cornwall and will have lots of support available to make sure they are safe. As the team commits to this final push they will be sung off by the incredible Fisherman’s Friends.

This 14 day challenge is sure to test the cyclists’ mental and physical endurance, however it will also be one of discovery and insight for the team. Throughout the Pedal 4 Parks expedition they will uncover and share some of the issues challenging UK green spaces but also seek out and highlight the solutions that are in place to combat them. The team is excited to share their journey and discoveries online and onscreen with the rest of the world.

There are a number of ways you can join in, follow and support the teams journey.

Find out more about their route and track their progress via the Komoot interactive map.