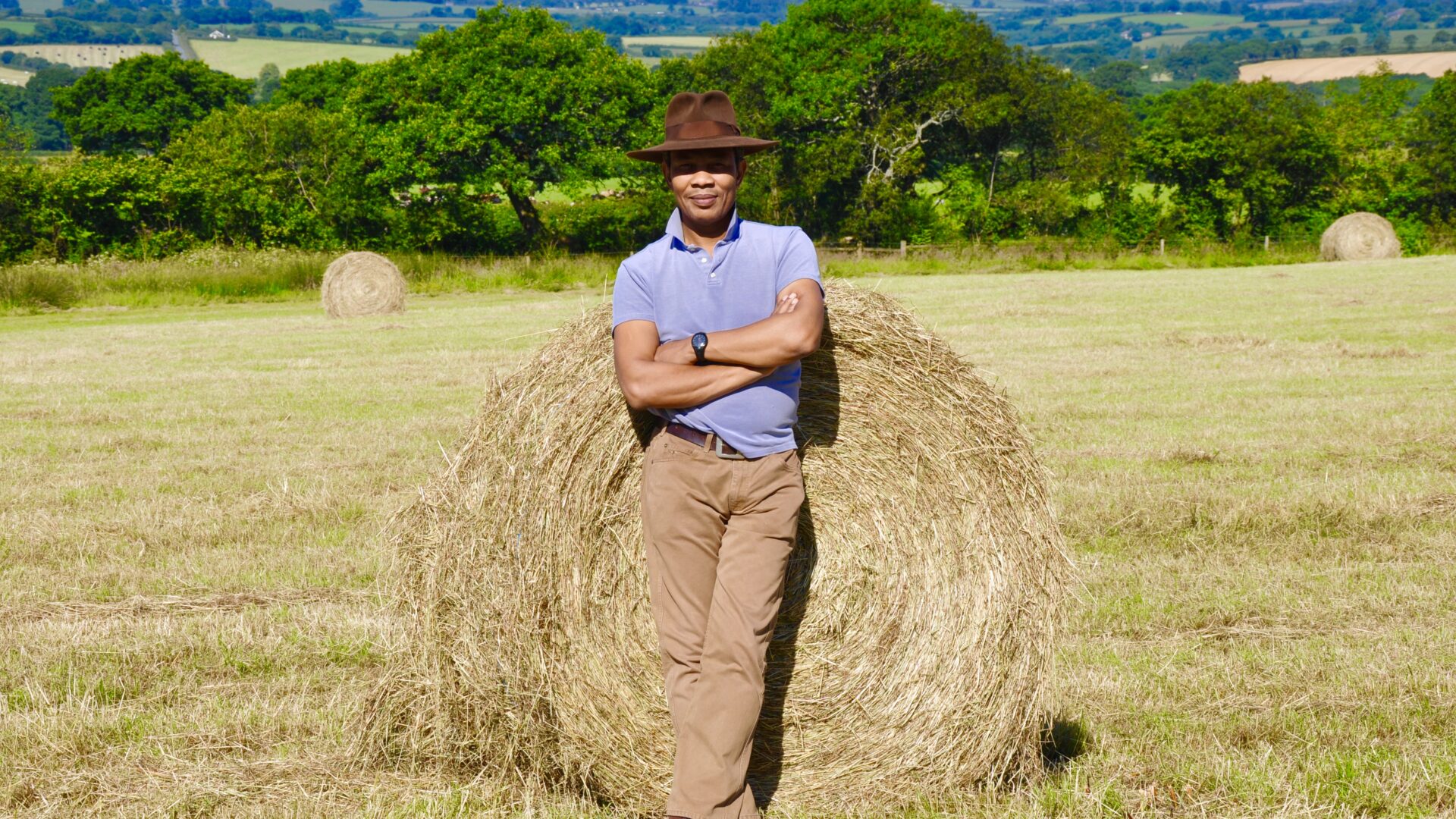 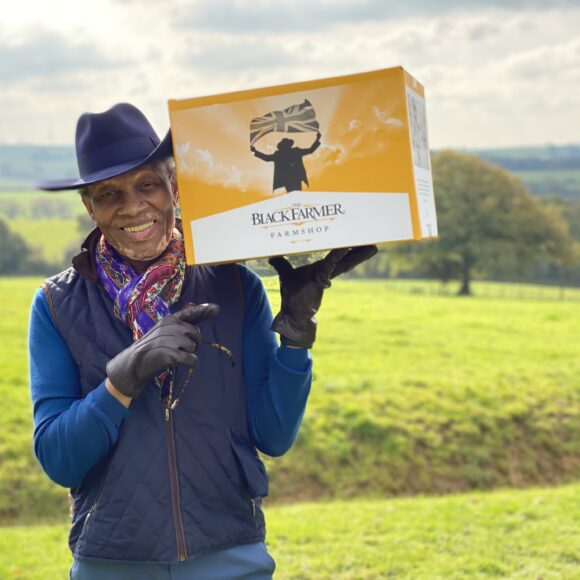 Rural entrepreneur, purveyor of fine foods and outspoken countryman, Wilfred Emmanuel-Jones MBE, lives in Devon and is famously known as The Black Farmer.  Born in a village, he’s always craved the outdoor life but, he says, the countryside will be better still when more people of colour move into it and earn their living there.

‘If people of colour are waiting for the environment to change before moving to the countryside they’ll wait forever,’ says Wilfred Emmanuel-Jones. ‘What you have to do is invite yourself.’

He did, buying his 30-acre farm between Dartmoor National Park and Bodmin Moor in 1999 and becoming, he believes, Britain’s first – and quite possibly only – black farmer.

‘When I first bought my farm, I was told some people thought it was a cover for growing cannabis because why would a black person buy a farm?’ he laughs.

His response was simply to get on with it, establishing The Black Farmer brand of sumptuous sausages and other high-quality meat and gluten-free products, then persuading big supermarket chains to stock them, as well as enthusiastically promoting the benefits of rural life.

Owning his own land was the fulfilment of a dream sparked on the allotment he tended as a child in Birmingham’s Small Heath.  ‘We were very poor, there were nine children, my father had the allotment and it was my job as oldest boy to look after it,’ he remembers. ‘That allotment, in a sense, became my countryside and safe space, I was able to nurture things. I made myself a promise that one day I’d own my own farm and everything I did subsequently was to get into a position to do that.’

The allotment also began a lifetime fixation with growing and producing food. ‘I just love it!’ he says. ‘Through it you learn about nature and about balance; the lessons of life, whether that’s rotating crops or knowing about birds and insects. I think it’s good for young people to watch something they plant and grow and then be able to eat it.’

For this reason, Wilfred wants to see food and farming on the National Curriculum, believing farm visits would improve children’s health by encouraging them to eat more fruit and veg.

He also wants more people of colour to consider farming and rural life although, he concedes, several things need to change before this becomes reality. ‘Rural Britain really needs to be sexed up!’ he declares.  ‘I used to work as a chef and then in television and one of the things TV did for cooking and food was to make it a sexy profession – we need that for farming and the countryside, too.’

Wilfred believes the countryside is: ‘…white, elitist and privileged. How do we change that image? As a black farmer I’m trying to demonstrate that you don’t need to be from that background to be here. More people like me in the countryside would mean that people from my background who do come here won’t be stared at.’

He wants to see the UK’s major landowners; from the Church of England, to the National Trust, National Parks and the government do much more to encourage and seek out potential farmers and horticulturalists of colour, as an early step to ensuring the countryside can be used by all.

‘In this country you only feel you belong if you own land or are involved in land in some way,’ he says. ‘I don’t have any problem about land being handed down through families but the vast amount of land is owned by big institutions and they are not doing enough to encourage ethnic Britain to become part of the rural environment.’

One of the positive spin-offs from this, says Wilfred, would be that more of the foodstuffs enjoyed by minority ethnic people would be produced here, benefitting the environment through cutting food miles, and our balance of payments.

He’s just launched an online farm shop, showcasing the best produce of his beloved South West. ‘Before lockdown it was a nightmare to get stuff distributed but with more people at home and needing this service, it’s become easier,’ he says. He’s also planning to set up a foodie destination and restaurant off the M5 or A303, where people can buy and sample food from the South West as well as attend classes and demonstrations.

Energetic, elegant (he is surely Britain’s nattiest farmer) and outspoken, Wilfred always makes time to enjoy his idyllic surroundings. ‘Nature is good for your soul; it brings balance and it keeps you in perspective,’ he says. ‘Nature teaches you to make a friend of uncertainty, not be frightened of it.’

Wilfred hopes it is something that more people of colour will be able to experience, even as he knows there is a lot to do before it can happen. ‘If you’re black you are a bit of a pathfinder,’ he admits. ‘There’s a long way for us to go but the countryside will be better off when we get there.’