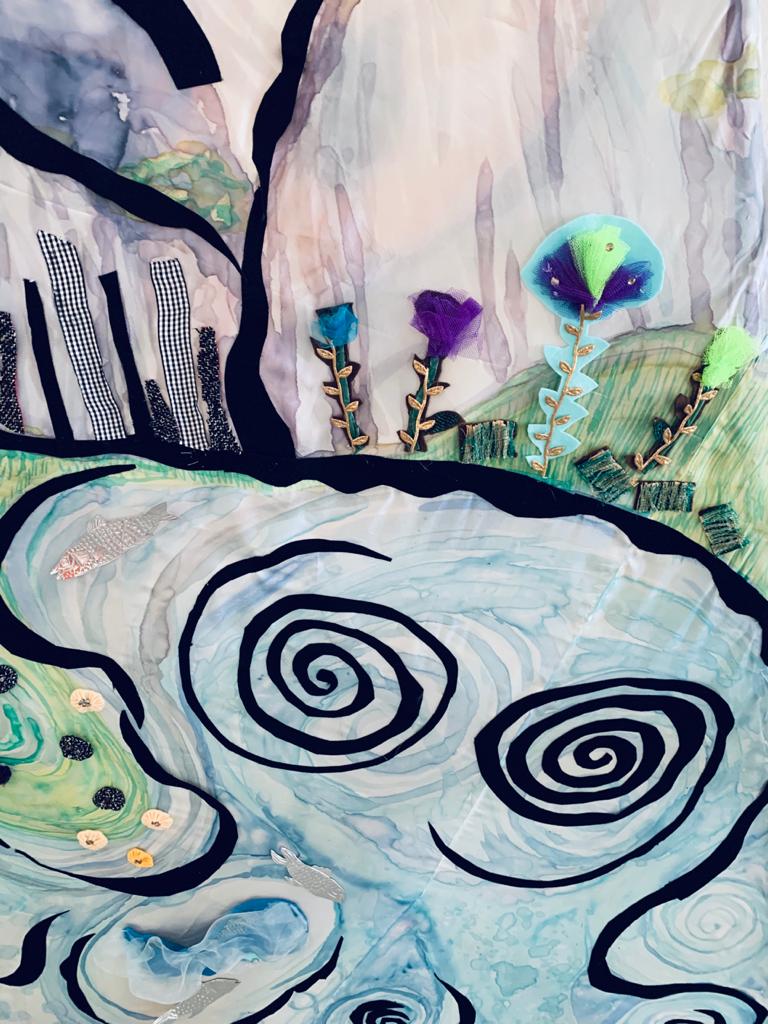 Actor and performer Tim Longrigg takes inspiration from the natural world in his work showcasing the histories and heritage of  Northumberland National Park. As a member of Headway Arts, which supports learning disabled people through performance, he’s brought local stories alive. Together with Headway’s creative director, Allie Walton-Robson, he explains the benefits of connecting to our local landscapes.

The best thing about the Northumberland National Park, says Tim, is its colours. ‘I’ve enjoyed just seeing the different colours of nature; spring, summer, autumn and winter, the colours change all the time.’

It hasn’t always been this way because, he cheerfully admits, he didn’t previously appreciate being in the countryside at all. ‘Not always, not when I was younger,’ he says. ‘But I think that as you get older, you appreciate more.’

For him, the moment of change came when he and his father were out walking one day. ‘We saw some Red Kites,’ he says. ‘They were flying across the area and my dad said “Look at that!” and I was just captivated at the way they moved when they went by.’

He believes it made him pay more attention to the natural world.

Certainly, says Allie, who has worked and performed with Tim for 23 years, you could see this attention to detail when he presented the Robert Mcfarlane poem Magpie for National Poetry Day in October 2020.

‘Tim is a method actor so as well as learning the words to the poem, he carefully observed how a Magpie might move and speak and incorporated that,’ says Allie.

A performer since the age of five, Tim says he looks for poems that: ‘Not only have meaning, but if I can bring a manner or movement to them.’

The Magpie performance came about following a collaboration between Headway Arts and The Sill, the UK’s National Landscape Discovery Centre near Hexham. Named Sill to Sea, the project, funded by the National Lottery Heritage Fund and partnered by Haltwhistle Film Project, connects The Sill – the ridgeway upon which part of Hadrian’s Wall is built – to the North Sea, via stories, presentations and the visual arts.

‘Our mission is to connect people to the arts, especially those who wouldn’t otherwise access the National Parks,’ says Allie, explaining that many people with learning disabilities aren’t always aware of the opportunities for them to enjoy these places.

‘For us, it’s about inclusion and working to open things up,’ she says.  ‘It’s about exploring places for people who have never been there and some of that is about whether we can physically access those places and about ensuring people feel welcome.  Our work at Headway Arts has facilitated that and we’ve worked on this partnership with the National Park so that people feel there is something there for them.’

She says they approached The Sill with an idea about storytelling; getting learning disabled people to learn about the heritage and the stories of the landscape and then talk about it themselves. ‘The results have been amazing,’ she says.

Headway Arts took members into the National Park to experience the landscape and learn about its folklore and heritage in situ, in order to create an interactive map and improve access.

The benefits of getting closer to nature have been manifold, says Allie. ‘We’ve captured stories in different ways – some are animated, some are live storytelling, some have been made into a silk screen installation. We did create a live performance which was due to go out in April; for obvious reasons that didn’t happen, but we’re looking at ways of progressing that.’

Tim was one of the victims of this curtailment due to Covid-19 and rapidly learned how to perform online. ‘I’m a Zoom-master,’ he laughs; ‘I’ve had to be.’

But even during lockdown, their experience of the National Park played its part in helping Headway Arts members to cope with the worries and frustrations of isolation.

‘We are saying how lucky we are to be in Northumberland and have access to the open, to learn the stories of the landscape and see the Red Kites flying and the magpies playing. We’ve got some coping strategies, we’ve developed a resilience toolkit, we’ve done lockdown before and we know what to do.’

Tim agrees that using the toolkit and the memories it has sparked has helped him battle lockdown and that the Covid crisis has demonstrated the benefits of the outdoors for people like him. So much so that the first thing he’s planning to do after our interview is: ‘Go for a walk in the fields near my home.’

Find out more about Headway Arts