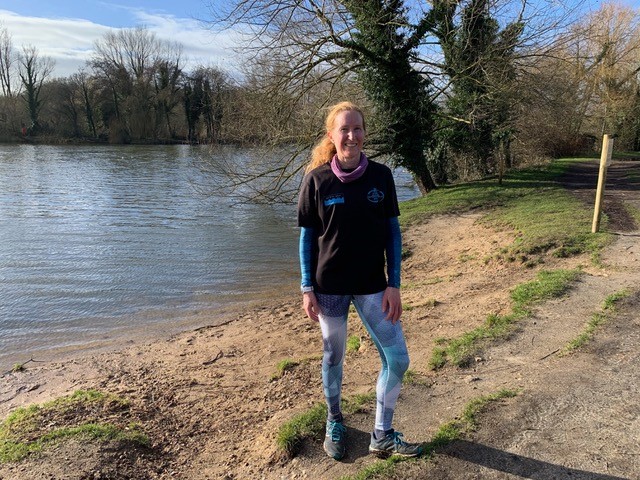 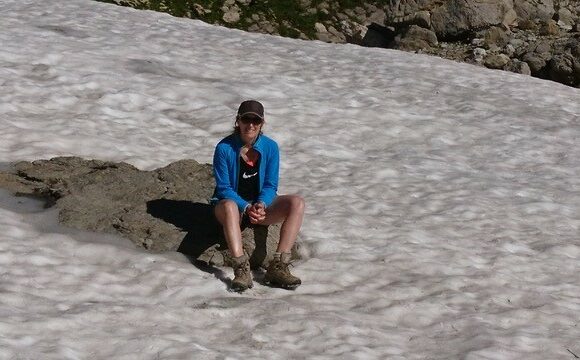 The Norfolk Broads and the African Bush are miles apart in distance and topography. As someone who grew up in the latter and now takes refugees and displaced people to experience the former, Rosie Sexton has witnessed the transformative effect that landscape can have. She explains how accessing the countryside can help newcomers find their place in Britain

‘I remember one particular day when we had been clearing scrub for burning, as part of a volunteer programme in the Norfolk Broads National Park,’ says Rosie. ‘To see people sitting around the fire with cups of tea, so familiar in the setting, you just thought “this is taking people right back home”. You could see the connection.’

The day had been organised by English +, one of three linked charities in the Norwich area of Norfolk, which helps displaced people to build new lives in the UK.

As an incomer herself – Rosie was raised in Uganda and Kenya, where her father had been a doctor at mission hospitals – she noticed how people can feel isolated when they come to Britain.

‘I realised very quickly that it’s incredibly difficult for some people to get out of the city but if you don’t do that and experience the countryside, you really don’t know half the story about where you live,’ she says.

‘My home overlooks a park but I very much feel the need to get out of the city; all my holidays are about being active and doing things and for me, nature has always been important.’

Rosie was determined to offer this opportunity to others.

‘We’d realised that most of the people we work with had little money and no transport,’ she says. ‘They’d spend time off visiting friends in other cities or going to the beach at Great Yarmouth, which isn’t really the same as experiencing nature.

‘In 2018 I was giving a talk about the work of English+ and John Packman, CEO of the Broads Authority came up afterwards and asked if we could do something together. I jumped at it.’

The collaboration was a turning point.

‘We’ve had family days where people come and enjoy exploring and learning and we’ve had artistic days, where people get to draw and paint the environment they’re experiencing,’ says Rosie.

But the most successful days were those where people volunteered for various environmental tasks on the Broads.

Aside from the enjoyment of engaging with the local community and the opportunity to use their English in a social setting, Rosie noticed that by helping in their new country, the volunteers’ sense of achievement increased, too.

More than this, she noticed how being outside in the English countryside helped build a bridge between people’s former homes and their new one.

‘What’s been fascinating to me have been the conversations we’ve had as a result of people being out and connecting to nature,’ she says. ‘People will look at something and say “We had this back home” or they will tell you how a plant we have here is used in their country as food or for medicine.’

‘I’ve noticed that many people particularly notice the trees; they will identify ones they know or tell you how that particular tree was used. It takes them back home but also brings home here.’

Along with environmental tasks, volunteers have helped with the repair of a Victorian Pumphouse at Strumpshaw Fen and learned rural crafts, such as coppicing and scything.

The fact that volunteers frequently use a snap from their day out as a WhatsApp image, and send pictures of their outings to family back home, shows how much they value these days, Rosie says. ‘Some tell us that their day out in the Broads has been their best day in the UK so far.’

Along with the memory of everyone tea-drinking by the fire, she remembers seeing one woman sitting and taking huge breaths. ‘She then put her head back and the wind was blowing through her hair; you could see how therapeutic and invigorating it was for her. She came up with this huge smile and said: “I feel so much better”. I knew exactly what she meant.’

During her childhood in the Bush, Rosie grew to appreciate the benefits of being outdoors and in nature. ‘The Bush is where I would always gravitate to; I hardly remember being indoors as a child in Africa but I’ve come to really appreciate Norfolk and its differences. I love the huge skies and the birdlife,’ she says.

Being able to channel her love of the countryside and the outdoors into help for people who can feel very marginalised has been an enriching experience for her and the others who assist with the days out, she says. ‘We all get so much out of these days in nature, we learn together, relax together and connect our pasts to the present.’

Find out more about English +